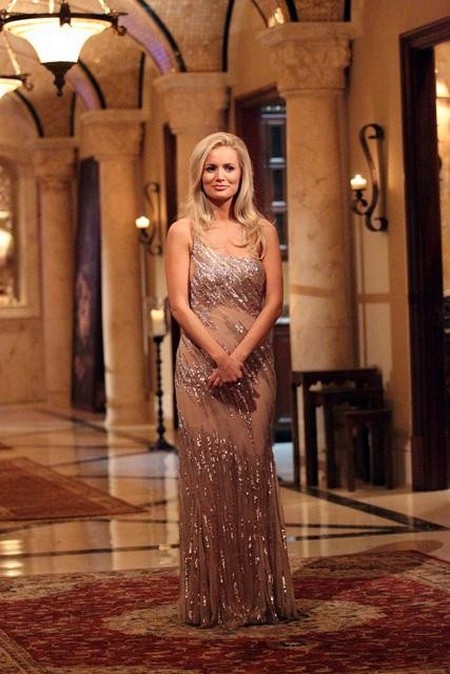 Tonight The Bachelorette is back with a whole new and different season. Host, Chris Harrison will re-introduce Emily Maynard to viewers, she is the girl that lost her first love in a plane crash, was on Brad Womack’s season of “The Bachelor”, got engaged to him and ended it.

The 26-year old from North California is ready to find love again, but this time, the ever lasting kind.

Emily will have 25 hot guys to choose from and season will be nothing like what Bachelor Ben Flajnik had, there will be no scandalous vibe, hot tubs are few and far between because after all, she is a mom to 6-year old daughter, Ricki, who comes first before any new love interest. The guys this season have tough shoes to fill, not only a potential mate for Emily, but a father figure for Ricki.

Now here are is a PREVIEW of tonight’s episode; one guy, Arie, is a race car driver like Emily’s late fiance, could she actually find love again with a guy that has the same career?

Tonight Jackson actually gets down on one knee, but not to propose, he just wants to make a ‘memorable’ first impression.

Some people are wondering if Bentley is going to show up again in a helicopter, but no, he will not be back – the guy in the helicopter is Kalon, one of this season’s guys that wants to make a dramatic arrival! (I bet all the other guys loved this impression, not!)

Now here are some of the “first impressions” to keep an eye on tonight: Tony presents Emily with a glass slipper (cheesy), Travis offers a special gift and it has meaning for Emily and Ricki, Stevie shows off his dance moves (boring), Jeff arrives on a skateboard (only a man would do something this dumb), Chris brings some bobble head dolls (really!!!!) and Ryan reads Emily a handwritten poem.

Now if that wasn’t enough, then we get the guys that try to tug on Emily’s heart strings on the first night; Doug, a single father, brings a letter from his son and Brent, a single father of SIX brings family photos.

SPOILER ALERT: (don’t read any further if you don’t want to know)

The front runners this season will be Jef Holm, a CEO from Utah; Sean Lowe, a Fitness Model from Texas; Chris Bukowski, a Sales Manager from Illinois and no surprise with this one, Arie Luyendyk Jr., a former Indy car driver from Arizona. These are the guys to keep your eye one throughout the season because rumour has it that they make it all the way to the final four.

So, put the kids to bed early and get your seatbelts on because we are in for a bumpy ride tonight loaded with cheesy lines, creepy gifts, love letters and lots of roses! I’m so excited, what about you? Sound off your comments below.

Don’t forget to come back tonight for our full official recap, in the meantime, enjoy the previews below!