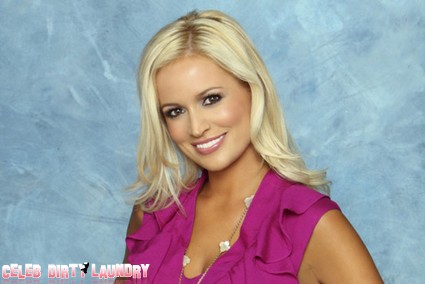 It’s seems like season seven of The Bachelorette just ended with Ashley Hebert snagging her man, JP Rosenbaum and now we have another hopeful young lady looking for Mr. Right who is joining the eighth season of The Bachelortette. I had my bets on quite a few people, but to be honest, I didn’t think it was going to be who it actually is, because all she’s done for the past month when asked if she is the one, is…deny, deny, deny.

I personally thought they would pick one of Ben’s current girls from The Bachelor, but that’s not the case. I guess they laid on a lot of pressure because in May, none other than reality star and bar owner, Brad Womack’s ex, Emily Maynard returns as the new Bachelorette. Brad had been doing a little stalking on Emily and according to the tabloids, had a hard time letting her go. Well, there is no better way to say ‘hasta la vista baby’ than to make out with 25 guys on national TV. Womack told People, “The demise of our relationship was completely my fault”, well sucks to be him now doesn’t it.

Will Emily finally find her Mr. Right? Odds are not that good, but there have been two couples on The Bachelorette who are still together; Ashley Hebert and JP Rodenbaum (not married yet, so this relationship is still questionable), Trista Rehn and Ryan Sutter (they were the first couple and are still rock solid after two children together).

Now you will remember, Emily Maynard lost her fiance, a professional race car driver in a plane crash. The Friday after his death, Emily learned she was pregnant with their daughter Ricki. Emily won Brad Womack’s affections but because of the long distance and his being a jerk, they are no longer together.

Having The Bachelorette pick a completely new “Bachelorette” would have been great, but sticking it to Brad makes up for it!