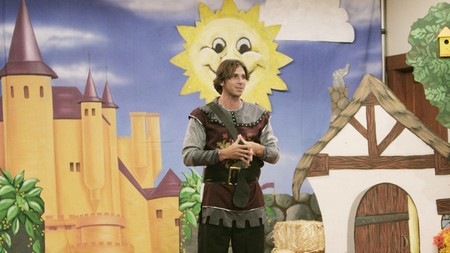 California wine maker Ben Flajnik, 28,  hopes to find true love with one of the beauties vying for his attention this season on The Bachelor.   So far Ben has not had a lot of luck with the ladies.  On last season’s the Bachelorette Ashley Hebert cut off his marriage proposal and broke his heart – he also had a date with actress Jennifer Love Hewitt but that did not work out either.

The first episode of the show aired last week and 25 women fought to be Mrs. Ben Flajnik and walk away with an amazing rock on her finger.  By the end of the episode only 18 contestants remained.   The contestants eliminated last week were: Amber Bacon, Amber Tierney, Anna Snowball, Shira Scott, Dianna Martinez, Lyndsie James, and Holly.  If you missed last week’s episode you can read our official recap here.

With the remaining 18 contestants on the show there are a few he has to be careful with.  Monica Spannbauer, 33, who is a dental consultant from California was previously married to a police officer.  She dumped her hubby after he was fired from his job and accused of sexual harassment.  Her husband professed his innocence but Monica never gave him a change she just dumped him. Add to this that during the first episode of the Bachelor she was hitting on another contestant Blakeley which left people questioning whether she was bi-sexual or gay.  Monica calls Blakely a ‘gorgeous, real woman’ and says she is in her life forever (stalker alert).

Another contestant Samantha Slevey, 26, an Account Manager from Philadelphia appeared on the show wearing a Miss Pacific Palisades.  One problem with that she was never in the beauty pageant and she never won.  Samantha once lived in Pacific Palisades  and she wanted to show her town spirit.  Samantha is a Miss California contestant.  It is rumored that at one point Samantha asks to leave the show because she has fallen for someone else.

Blackeley Shea Jones, 34, a VIP Cocktail Waitress from North Carolina has posed topless in Maxim magazine.  According to the National Enquirer, ‘Blackeley carries herself like she’s the most confident and secure person ever, but nothing could be further from the truth.  The only reason she parades her near-naked body around is because she requires constant reassurance from others that she’s attractive.’

On this week’s episode of the Bachelor Ben takes the ladies to his hometown of Sonoma, CA.   After the show they will be down to 16 ladies.

A few spoilers from episode 2 –  Rumor has it Blackeley lures Ben into a steamy make out session, much to the horror of the other women.  Samantha gets so upset she runs away in tears.

They have a cocktail party and the dramatics begin and the claws come out.   There are many tears and upset ladies – Ben tries to keep the peace but these women want his heart and are willing to do anything.

Are you watching the show?  What do you think so far?  Do you have any favorites that you are rooting for?  Sound out in the comments below!

We will be covering this week’s episode of the show so make sure to come back for our recap!