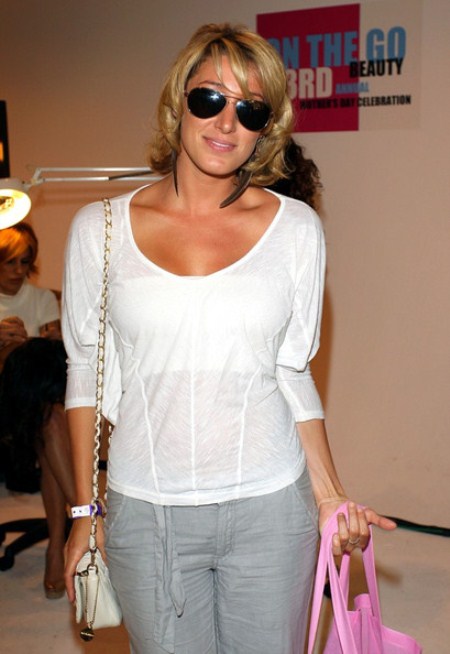 If you are a fan of “The Bachelor”, “The Bachelor Pad” or “Couples Therapy” like I am, then you know exactly what I mean when I say Vienna Girardi is a famewhore!

Probably the most disliked person in ‘The Bachelor” history, Vienna is well known for her nose job and let’s not forget, her boob job! It all started when Vienna posed topless for a pinup calendar, then she went on “The Bachelor” and acted like a high priced call girl, snaring Jake Pavelka with sex and we all know how that relationship ended. Too bad Jake didn’t take Vienna’s ex-husband’s advice, he told Jake to “run like hell” while he had the chance.

Now all “that” was not enough “exposure” for Vienna, she then went on “The Bachelor Pad” and confided to the camera that she was there to win $250,000. “Show me the money. That’s all I’m after”. Yeah we knew that was all she was after with Jake as well. Her next victim was Kasey Kahl and after she hopped into bed with him and the show had finished, she vowed that “if ABC gave us a fairytale wedding then of course we’d take it.” Then the inevitable happened, the fairytale hit rock bottom, so you know what that means, it was off to “Couples Therapy” for Vienna and Kasey.

You would think that this girl would seriously put her “famewhore” days behind her and try to make something of herself before age and gravity take over. Well, I almost thought that was the case when she opened her Vixen Boutique in Orlando, Florida and she vowed to concentrate on life, business and NOT television.

But, in a recent interview, proof that Vienna’s “famewhore” days are not over,came to the surface; here’s what our source revealed, “I do not want to do any more reality TV unless “Dancing With the Stars” calls. Then I would be on a plane in no time.”

Is this woman dumb? “Dancing with the Stars” is a realty show and a paid one at that. Clearly Vienna will never give up her “famewhore” days, always desperately searching to get herself back on reality TV.  Yes, Vienna Girardi is a famewhore.