‘The Celebrity Apprentice’ Preview: Meet The Competitors Before The Season Premiere 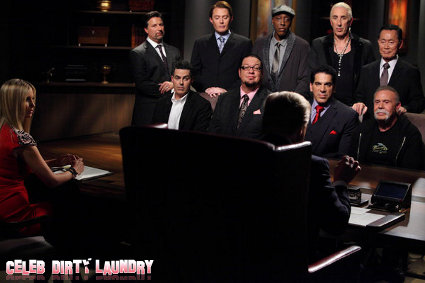 The Celebrity Apprentice is getting ready to make its 2012 debut and we just wouldn’t feel right about sending you into the season with cold feet. This season is sure to deliver you tons of real drama and enough “You’re Fired” to satiate that reality-tv-loving appetite of yours for days. Eighteen eager celebrities, all vying for $250,000 for charity, will suit up for the competition that will begin airing on February 19th.

So without further ado, let’s meet the cast!

Claim to Fame: O’Day made her claim to fame when she appeared on the popular reality TV show Making the Band. She is a former member of the girl band Danity Kane; she is also considered to be a fashion designer, as well as a model.

She is apparently “so excited” to appear on this season of The Apprentice. And she’d also like the girls on her team to recognize her “star” status . . . I can tell she’s going to get on A LOT of people’s nerves. Watch the clip below and let me know if I might be right.

Claim to Fame: He is probably best remembered for the Arsenio Hall Show, a syndicated talk show that helped launch the presidential career of Bill Clinton and proved to be a platform for many other high profile announcements, including Magic Johnson’s revelation that he had contracted HIV.

Reportedly, it’s the chance to raise funds for HIV/AIDS foundations that sparked Hall’s interest to pursue the Apprentice position. He’s in it for the honest efforts. Otherwise, “no amount of money that could make me stand there while Clay Aiken screams at me,” he says, goofing on one of his opponents.

Claim to fame: Model and actress. She rose to fame in her early teens when she appeared on magazines such as Glamour, Elle, Time, and Vogue.

Claim to fame: Of all the names, this is one you all are probably most familiar with. Clay Aiken gained popularity when he appeared on the second season of American Idol. As most of you know, his career has sort of spiraled into the the shadows (that place just short of oblivion), so perhaps this is an attempt to “get back into the game.”

Aiken recently received an advance copy of the first episode and he said he’s “excited, but also nervous” to see what the rest of the show has in store for him.

Claim to Fame: Miss Venezuela title, as well as Miss Universe title. That’s basically it. Remember, people, celeb reality show’s have a loose idea of what the word “Celeb” means. She also has a past connection with the Trump Modeling Management company, a boutique modeling agency founded — and still operated — by The Trump today.

Claim to Fame: She’s a singer/songwriter who rose to stardom in 1987 when four songs off her debut album, Out of the Blue, rose to the Top 5 section of the Billboard 100.

Claim to Fame: While he’s considered to be a radio personality and actor, Dee is most famous for his role as frontman in the heavy metal band Twisted Sister.

Claim to Fame: Takei is most famous for his role as Mr. Sulu in the original Star Trek series, as well as his dedicated and current support for LGBT rights.

When asked about the show, Lisa says it was the hardest thing she’s ever done. No to mention the most stressful. After competing on Celeb Apprentice, Lampanelli says she’s going to have to go on Dancing with the Stars next.

Claim to fame: World class bodybuilder most famous for his role as the Hulk in The Incredible Hulk.

Claim to fame: CART and Formula One race car driver.

Claim to fame: Considered to be the first Latin supermodel. She’s also an actress who has appeared in small roles, including one on the show Ugly Betty.

Claim to fame: Co-founder of Orange County Choppers and one of the stars of the show American Chopper.

Claim to fame: Comedian and magician; most known for his magic show, which he does alongside fellow magician/comedian Raymond Teller. Penn is known for being incredibly outspoken.

Yes, he knows Lisa Lampanelli. Wonder how those two will fare alongside one another.

When asked by Citizen Times if viewers would see his “outspoken” nature on the show, Penn said: “Some at least. You never know how you will look after editing, but I am sure you will see a more pensive side. I think a lot, and I read a lot. It’s funny because people always say Teller doesn’t talk on stage, and Penn doesn’t talk off of it. I also never raise my voice — ever. I only raise my voice on stage when I am paid to do it. People can yell right in my face and I won’t raise my voice, that’s just not who I am.”

Claim to fame: One of many “celebs” on the Real Housewives of Jersey.

Claim to fame: Actress who gained celeb status after landing a role on the day time soap opera General Hospital.

Claim to fame: Daughter of the Gambino family crime boss Jon Gotti. She arrived in the spotlight of popular culture when she appeared on the reality show Growing Up Gotti. She is also the author of several books, most of which have to do with her unusual family history.

Who are you hoping get’s fired? Who do you think has the charisma, stamina, and business-savvy-smarts to go all the way in the Trumpster’s competition? Leave your comments below and let us know what you think!