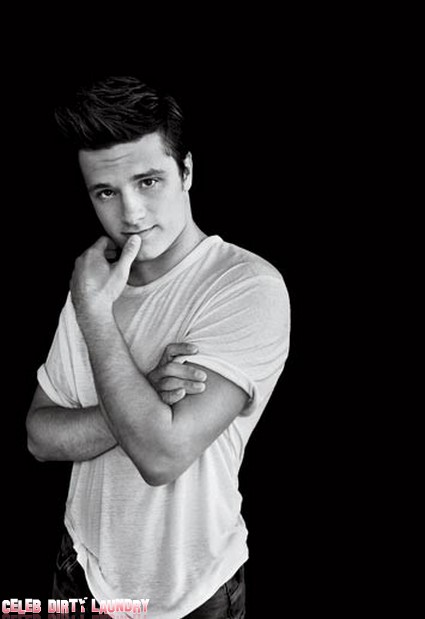 Josh Hutcherson is one busy fella these days. I don’t know if you’ve heard of that itty bitty movie coming out very shortly – March 23rd specifically – called The Hunger Games. If you haven’t, why the heck not?! Josh plays the character Peeta, a tribute belonging to District 12 who along with Jennifer Lawrence’s Katniss, competes in a fight-to-the-death man made arena on live television. Sound awesome? That’s because it will be.

As Josh prepares to embark on his world tour to promote the movie, which is based on Suzanne Collins book series, he took the time to sit down with Elle magazine for a chat and a photo shoot. He confessed that once interested in the role, he read all three books in five days. He said “he’s never read a character I’ve connected with more – I am Peeta.” This excites me to no end.

This was also confirmed by director Gary Ross who said that “he’s so unbelievably charming, when he auditioned Suzanne and I looked at each other. We’d both been knocked out.” It must have been one magical audition.

His character aside, Josh dished about some personal stuff. When it comes to dating, he said:  “I’m a big romantic, traditional cheesy guy. I’m all about going to the beach under the stars. That’s like a real date. Other than that, just dinner and move. That’s classy.”