The Kardashians, Miley Cyrus And Lindsay Lohan Get Behind Ed Helms To Boycott Chick-fil-A 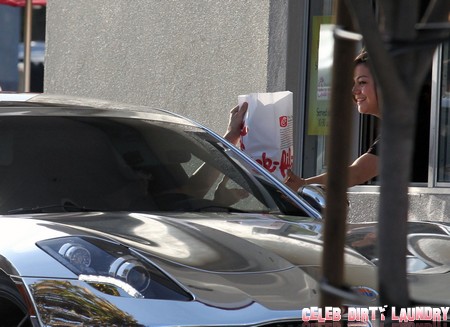 What do a lot of Hollywood stars have in common with Ed Helms of The Office? They are in favor a Chick-fil-A boycott, the fast food restaurant with a bad pun for a name. Of course that should be pretty easy for Miley these days since it doesn’t look like she eats much anyway.

Seems to me, the LGBT peeps have the star of The Office, Ed Helms, on their side. He said that he won’t be going anywhere near a Chick-fil-A store as the restaurant chain has lost his custom through its stance against gay rights.

This was his response upon learning that Chick-fil-A head Dan Cathy issued a statement saying deliberately, that their company is very active against the gay marriage campaign. And this statement proves them guilty of the accusations made against them.

According to Cathy, he and his staff believe in the “biblical definition of the family unit” and that does tell us that Chick-fil-A thinks gay people don’t deserve to get married. In 2010, the fast food chain had reportedly donated around $2 Million to religious groups who are against the gay marriage.

So in a tweet, Helms expressed his disgust about the comments issued by Chick-fil-A, and he said: “Chick-Fil-A doesn’t like gay people? So lame. Hate to think what they do to the gay chickens! Lost a loyal fan.” One less customer for the fast food chain, I guess – add to that other offended gay and straight people and it’s definitely going to hurt.

And of course, gay rights advocates won’t tolerate this kind of discrimination. Thus, NOH8, which is currently being supported by popular stars such as Lindsay Lohan, the Kardashians and Miley Cyrus, has officially decided to boycott Chick-fil-A!

With Helms expressing his thoughts about this issue- it doesn’t look too good for the fast food chain. How about you? What are your opinions regarding this issue?  We don’t mean the issue of the legalization of gay marriage – we mean the issue of boycotting a business that serves the public, yet takes a stance that seem to run counter to the interests of a part of that public.

Is a decision to boycott Chick-fil-A any more extreme than the company’s decision to donate its earnings to a political cause?  Lots of businesses donate lots of money to political causes.  What makes this particular case different?  Let us know in the comments below.