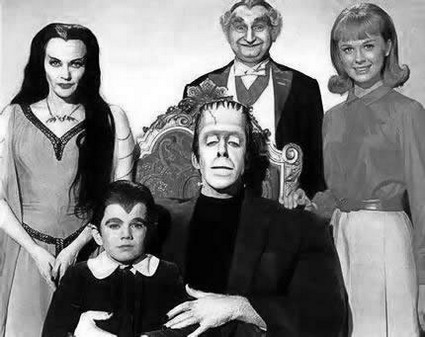 The Munster’s will be having a reboot; the person behind the idea is Bryan Fuller.  A reboot means to discard much or even all previous continuity in the series and start anew with fresh ideas, and sadly, that is exactly what Fuller has planned.

The Munsters is a classic sixties TV show and was a comedy about a family of classic Universal style monsters. They say that this reboot is a mix of True Blood and Modern Family. To me, that doesn’t sound at all that great but I could be wrong. What makes this reboot stupid is that they’ll be re-naming the show from the Munsters to Mockingbird Lane, in a reference to the street they lived on, Mockingbird Lane 1313.

Oftentimes when someone tries to reboot a show it ends up looking pretty bad or extremely horrible. I hate that they will be re-naming the show to Mockingbird Lane, c’mon doesn’t it sound pretty stupid? The name sounds like it could be meant for any type of TV show, it doesn’t sound as unique as what it was originally called. Changing the name of a reboot, I find is the beginning of something horrible.

For now we don’t need to panic, casting and filming aren’t happening for a while. There’s also no guarantee that NBC, who own the rights to the original show – will even want the series. We will just have to wait for this soon to be disaster Mockingbird Lane or it could actually turn out to be good, who knows?