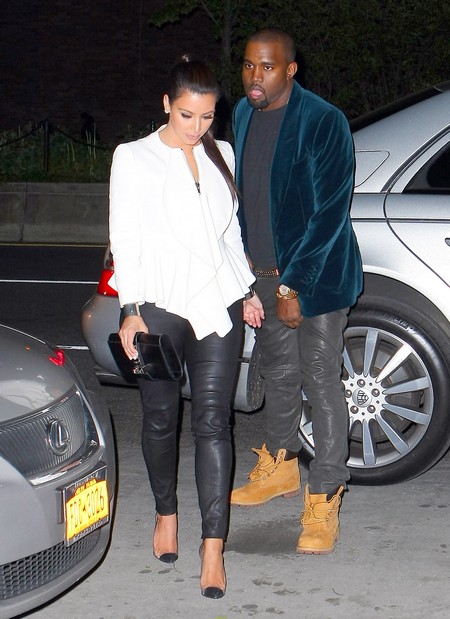 The only thing genuine about the relationship between Kim Kardashian and Kanye West is their sex life.  Stop the Rumors – they just got repeated again this morning.  Despite all that you have read that Kim and Kanye are planning on getting married – it is not true. The rumors are totally false according to an inside source.

The rumor that she will be touring with Kanye is also false. Kim cannot tour with him because she has other obligations that she needs to take care of.  As if that was ever going to happen!

Do you think that Beyonce wants Kim Kardashian touring with her husband Jay-Z? I knew that was never going to happen. The woman just had a baby and is home while her husband is touring with a known man stealer who apparently is not too much into morals – I don’t thinks so. I only mention the morals part because least we all forget she is still legally, “MARRIED”.

All this makes it look even better for her soon to be ex-husband Kris Humphries for his court case. He could allege that this whole Kim/Kanye thing was going on while they were still supposedly “happily” married, and the marriage was for TV and money.

What also doesn’t look right is Kim’s Momanager, Kris Jenner, allegedly, going around encouraging them to get engaged so they could have another TV wedding – I see dollar signs and greedy hands rubbing together, so sad.

Oh! I almost forgot to mention, Kanye came out with a statement saying that he never abused his ex-girlfriend Alexis and he was very upset that people were saying that. Um… it wasn’t people Kanye , allegedly, it came out of Alexis’ own mouth.. OOOOpps! Now if all this isn’t publicity then I don’t know what is. Please do not take these two seriously, they are a joke.