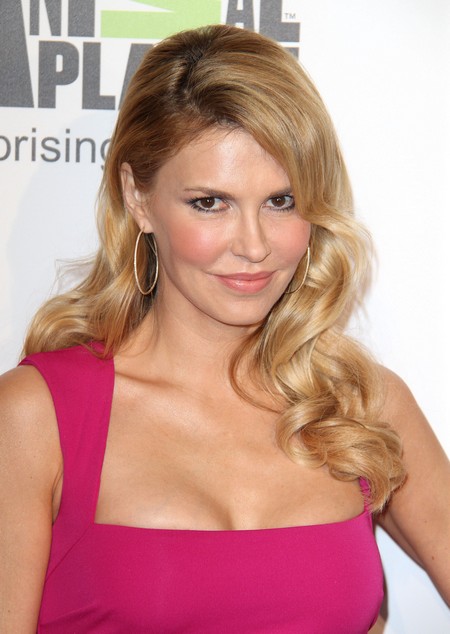 The Real Housewives of Beverly Hills star Brandi Glanville is no stranger to controversy and this weekend she definitely crossed a line. A disturbed 29 year old man threw himself from the seventh floor of The Grove’s parking structure and Glanville just so happened to be at the upscale complex to see Magic Mike.  Eddie Cibrian’s ex tweeted,

“Some dumbsh*t just jumped off the 2nd story of the Grove parking structure. If you’re going to try and ruin my movie at least go to the top floor.”

That’s actually just like Glanville to make a snappy comment about whatever is unfolding in front of her.  Later, when she found out that the man had jumped to his death in front of many families with young children, she regretted her earlier words.

“Oh man the guy at the grove that jumped didn’t make it. I feel bad; it’s awful, condolences to his family. I wish I hadn’t joked about it.”

Her apology came a bit too late for some of her followers, as the backlash had already started.  One follower wrote, “You don’t give hope to those who are bullied and feel depressed who take their lives. Try and have a heart and care.”

Glanville isn’t one to take criticism well and seems to need to have the last word.  She fired back, “It was an inappropriate joke, peeps at theater said he was fine, didn’t have all the info, although suicide is a very selfish thing. He is selfish. We were told he was fine. Unfollow me and stop cyber bullying.”

After knowing the full situation Glanville’s comment could be cold and hurtful, but I doubt she was thinking at all when she posted it.  One thing though, Brandi can’t blame LeAnn Rimes for this one.  Do you think this is a huge deal or are people just looking for a reason to rip her apart?  Tell us your thoughts in the comments below!