“The Voice” Gets a Judging Panel Shake-Up: Will Shakira and Usher be the Show’s Ultimate Demise? 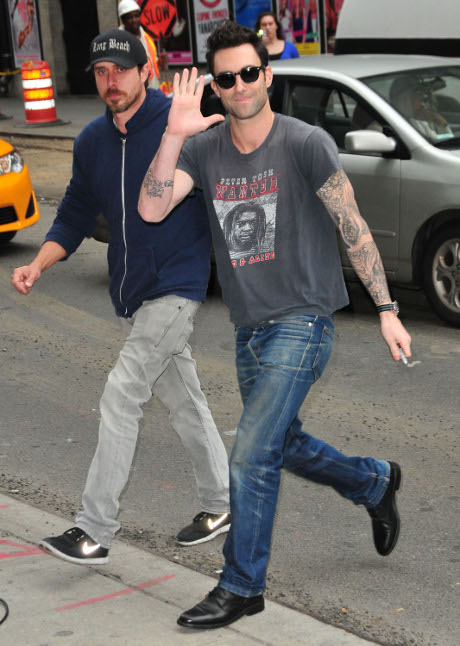 The Voice is switching it up next year! We all know by now that Christina Aguilera and the embattled Cee Lo Green will be leaving the singing competition to focus on solo pursuits. To replace them, The Voice producers decided on two of the hottest late noughties music stars, Shakira and Usher — the strangest combination since Boney M.

One of the most popular judges on the campy singing affair, Adam Levine, spoke exclusively to TV Guide about the judging panel reshuffling, “Christina and Cee Lo are so close to my heart because we went through the show becoming a success together, and Usher and Shakira are coming into it as a big frickin’ institution. So, it’s different, but it still feels good, because they’re legitimate artists.” Levine concluded, “I knew Usher. We’ve worked in the studio a couple of times together. Shakira is a new friend, but I love her dearly already. She’s so sweet and adorable and hilarious.”

Meanwhile, perhaps in order to move the attention away from the Cee Lo rape scandal, Robert Greenblatt, chairman of NBC Entertainment, said in a statement, “We are thrilled to welcome Usher and Shakira to The Voice. The addition of these popular iconic artists continues the tradition established by Christina, Cee Lo, Adam, and Blake. Doing two back-to-back cycles of this show requires a tremendous amount of time, and we are happy to accommodate the commitments made by Christina and Cee Lo. The participants on our show benefit from our coaches’ expertise and their continued success in the music business allows for significant new contributions to the contestants when they return.”

The latest season of The Voice has garnered critical and audience appeal, and quickly surpassed that “other” reality show, The X-Factor, in viewership numbers and media coverage. The contestants this season are popular, polarizing, and talented – a perfect storm in the reality television arena. The recent Cee Lo Green rape scandal also drew massive interest from audiences and media pundits, and while his saga is still ongoing, The Voice continues to outshine its competition every week.

The fourth season of the show will debut in March of 2013, with Blake Shelton and Adam Levine staying on indefinitely as judges. Aguilera and Cee Lo, on the other hand, have not yet finalized a fifth season return to the show, so we might see Shakira and Usher duke it out for a while on the campiest, most sentimental, and most annoying reality television show on the planet.

Is this the future of The Voice? Do you want Shakira and Usher as judges? Let us know your thoughts in the comments below.