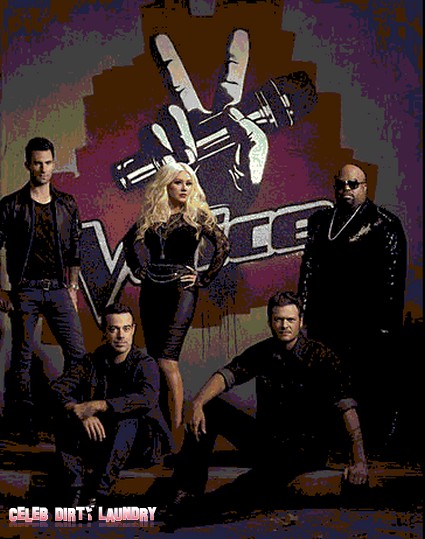 On tonight’s episode of The Voice the coaches Cee Lo Green, Blake Shelton, Christina Aguilera and Adam Levine continue to build their teams with the Blind Auditions Part 5.   This will be the end of the blind auditions and then we are on to the battle round next week.  If you missed the first 4 audition shows you can read our official recaps here.

On tonight’s show the coaches listen for the final perfect singers to complete their teams and argue with one another for fun.  As the coaches finish their teams they are getting more and more picky and looking only for the best.

Special guest tonight are  Zac Efron, Betty White and The Lorax.  Christina Aguilera will take the stage tonight to sing an impromptu duet with one of the contestants.   What did you think of The Voice so far? Who are your favorites?  Sound out in the comments below and let us know!

TONIGHT’S RECAP: First up tonight Whitney Myer from Reno, Nevada.  The first coach to press the red button tonight is Adam Levine followed by Cee Lo Green and Blake.  At the last moment Christina Aguilera presses her button too.  Adam tells Whitney that she has it and that she reminds him of Mary J.  He also lets her know that he turned his chair around first and he wants her so badly on his team.  Christina tells her that she was solid through the whole song and she made an Alicia Keys song sound like her own and she sold it for her.  Blake says even if she does not choose him he is a fan of hers already.  Adam gets the last word and says she can win it all and she should choose him.  At least he though he got the last word because Christina quickly adds her two cents to try to convince Whitney to choose her.  Whitney decides to go with Adam Levine as her coach!

David Dunn, 27, from Texas is next up singing ‘The Man who can’t be moved.’  None of the judges turned for David but the crowd loves him.  Cee Lo tells him he has a good thing going on and he should continue.

The Shields Brothers a Rock band from Virginia who live on a farm.  Cee Lo is the first to turn his chair and the only coach to turn his chair.  Adam tells the brothers they are definitely in the right hands having Cee Lo as a coach.  Cee Lo tells them they are just what the world needs Rock and Roll.

Cheesa from Hawaii singing ‘If I were a Boy.’  At the very last moment Cee Lo turned his chair and that was exactly who she wanted as a coach.  Cee Lo thinks she gave a wonderful performance and she has a great voice.  Cheesa has Cee Lo as her coach and he lets her know she is going to win!

Preston Shannon, 64, from Memphis, TN singing ‘In The Midnight Hour.’  None of the judges turned their chairs.  Cee Lo tells him he is the real thing and hopes he sings as cool as he does at his age.  All the judges thank him.

Lex Land from Texas singing “I Can’t Make You Love Me.’  Cee Lo turns his chair almost immediately.  Adam and Cee Lo follow Adam.  Cee Lo tells her she has a cool name.  Cee Lo really enjoyed her performance but felt the second they turned around she got nervous and he wants her on his team.  Adam makes his pitch and decides not to argue to get her but to start coaching her immediately.  Blake says there has not been a girl or guy come through that can sell it like she can.  Lex chooses Blake and Adam looks shocked!

Lee Koch who is a baker and he sings ‘Like A Rolling Stone.’  Christina Aguilera presses her button seconds before it is too late.  Christina says that is voice spoke to her and she cannot wait to work with him.  When he started playing the harmonica that sold it for Christina.  He is Christina’s 11th team member so only one more person for her to make her team.

Adley Stump singing ‘Last Name.’  Both Christina and Blake turn their chairs at the same.  Blake tells her he likes her name and thinks it would sound perfect on his team.  Christina thinks she is talented and has the chops.  Blake asks Christina what chops is and Christina tells him ‘he is not a real vocalist and that is why he does not know.’  She follows her heart and choose Blake as her coach.  She is Blake’s 12th member and she completes his team.

Christina is the last judge that needs team members because everyone’s team is filled.  So Christina gets to hear several singer to decide who she wants.  Christina is being picky this season and she is waiting for the best.

Sera Hill, 24, from Georgia singing ‘I’m Going Down.’  Christina turns her chair for Sera she has been waiting for someone to come along like her.  Christina wants to sing with her.  So she grabs the mike and starts singing with her.  Both Christina and Sera start singing.  Christina tells the other coaches Sera is hers.  Sera is thrilled and speachless.  Christina’s team is complete.

The Battle Rounds begin Monday!  Only the Battle pair’s coach will decided who will stay and who will go.  After all the tough decisions each coach will only have 6 contestants to represent them in the live shows when the public will make the decision.

Make sure to come back next week when we will be cover the beginning of the Battle Round live!