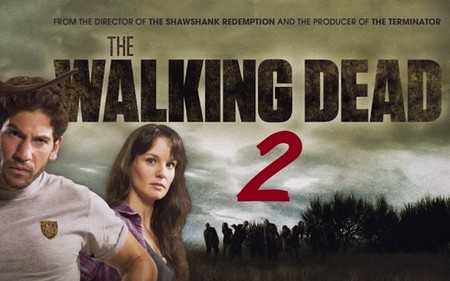 Last night’s episode of ‘The Walking Dead’ was amazing and left a lot of people with one burning question – which we claim to be able to answer, “How does a human actually become a walker?”   Did you see the episode? If you missed any of it, you can read our full official recap HERE.

In the past two weeks we got to see Dale get killed by getting his stomach ripped open by a walker. Rick quickly reacted and shot Dale in the head to put him out of his misery because he was badly suffering – but… Dale did not turn into a walker.

Everyone is asking why Randall and Shane turned into walkers, but not Dale. Well this goes back to the end of season 1 when Dr. Jenner whispered into Rick’s ear. It’s rumoured that he told Rick that everyone has the zombie virus and it becomes active when you die, contrary to what everyone thought, you don’t have to be bitten or scratched. And, the only way to avoid becoming a walker is to die of a head injury, which explains why Dale didn’t become one when he died.

This explains why there were no bites on the security guards, Randall or Shane. This also makes absolute sense as to why Rick shot Dale in the head to end it for him, he didn’t want the secret to be out and cause fear amongst the group, he was trying to protect them by not letting them lose hope.

Furthermore, in “Nebraska”, Dave reaches for his gun on the bar, but Rick quickly draws and shoots Dave right in the head. Rick then quickly pivots, putting two bullets in Tony’s chest before he has a chance to shoot Rick. Rick then finishes him with a bullet in the head. I believe this demonstrates that Rick has always known what happens when someone dies and keeps aiming for the head.

I thought we would squeeze in one HUGE SPOILER: Some people have been thinking that Lori’s new baby was going to provide the DNA to cure everyone, but nope that can’t happen because she and the baby are going to get killed. No idea when, maybe in the finale?

Next week is going to be brutal with rumours of more of the group dying, a huge fire, a massive horde of walkers attacking – I won’t be missing it! Were you like me this week, wondering where all the walkers suddenly came from? Rumours has it that Randall’s group has been collecting walkers and released them as a first wave attack. Damn I love this show!