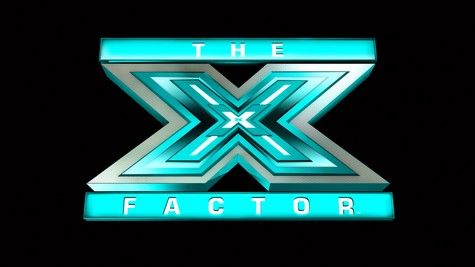 The X-Factor USA’s final Boot Camp performance episode aired last night with forgotten lyrics, emotional breakdowns and that horrible CeCe Frey woman. Celeb Dirty Laundry is once again bringing you a review of the performances last night, with our thoughts on who won which sing-off and why. We did not include all of the performances, only the highlights of the night. Read below for a performance review.

Tara Simon vs. Jennel Garcia  – “Landslide” by Stevie Nicks. Garcia, our early favourite, was completely out of her element with the toned down ballad, but the pretentious and overly confident Tara Simon delivered the usual theatrics with a self-belief of epic proportions. Simon Cowell wasn’t pleased. Our vote still goes to Garcia as we believe she won this round due to previous stellar auditions. Anyone but the annoying Tara Simon is a winner in our books. The song, the self-indulgent performance and the “OMG-look-at-me” stare of Tara was enough to send the hardest of music fans hurling in the closet. WINNER – Jennel Garcia

Vino Alan vs. David Correy – “What’s Going On” by Marvin Gaye. Two of the strongest contestants of the audition rounds were up against one another with a Marvin Gaye classic and after a rather perturbing speech by Correy, they settled well into the opening sounds of the seminal classic. Correy’s soft tone placed itself atop the opening lines and even though the song didn’t fit the image, his voice was gentile enough to be pleasurable. Alan completely shattered the stage and took the lead with his beautiful, deep vibrato. Correy’s tone seemed thin in comparison to Alan’s powerful voice. We don’t think Alan blew it; in fact, we’re giving this round to Alan. WINNER – Vino Alan

Diamond White vs. Dinah Jane Hansen – “Stronger” by Kelly Clarkson. Diamond has taken the lead in almost every aspect of the younger group competition. She has been able to successfully pull off one of the hardest Whitney Houston classics ever. Hansen on the other hand, has not been in the same category and talent pool as Diamond. Kelly Clarkson set the bar for reality television talent shows back in season one of American Idol, so anyone who dares to take on one of her songs has to have a strong upper register and be as pitch perfect as Mariah Carey. The Glee-esque arrangement of the opening verses felt a bit contrived, but Hansen’s whispery and pitch-perfect voice made up for the campiness of the arrangement. However, Diamond’s powerful voice sent shivers down our spines. We foresee a massive future for this girl if she makes it through. Diamond’s rendition was emotional, amazing, extraordinary and life changing. This is the one to watch, because for the first time this season we were wiping away tears we never knew we had. WINNER – Diamond White (without a freaking doubt!)

Tate Stevens vs. Willie Jones – “Nobody Knows” by Kevin Sharp . Willie Jones was one of our early favourites during the audition rounds, but for some odd reason, Willie completely lost it during this audition. Tate Stevens far surpassed him on vocal tone, phrasing and pitch. Willie also forgot his lyrics halfway during his first part of the song, which is a big no-no on reality talent television. It’s a crying shame, so turn them lights down low… WINNER – Tate Stevens.

Arin Ray vs. Normani Hamilton – “What Makes You Beautiful” by One Direction. Arin Ray, the ex-inTENsity member, has been one of the most overhyped contestants of the season, and this audition did him no justice either. Normani, on the other hand, was worse off than Arin during her audition. Her voice was shrill, tight and not very tone-friendly. She missed the pitch on several occasions and tried to make up for it by using a strong voice. Arin lacked the vocal “intensity” to really pull off the song without coming across as thin and forced. However, Arin was still the better contestant of the two, so we’re giving him a very, very short lead ahead of Normani. WINNER – Arin Ray.

Jillian Jensen vs. LaTasha Robinson – “Stay” by Sugarland. The first rule of X-Factor is to never, ever forget lyrics. The second rule of X-Factor is to never, ever choke. Unfortunately for LaTasha, she broke down in tears and completely choked on the most important audition of her life. Jillian, the emotional and husky voiced youngster, won this round by default. Jillian’s soft-natured appeal will easily send her into the final stretches of X-Factor, if, however, she’s able to deliver on her vocals. We absolutely love everything about Jillian. WINNER – Jillian Jensen

CeCe Frey vs. Paige Thomas – “Secrets” by One Republic. The battle of the divas took another twisted turn last night when they were tossed together in the sing-off phase of Boot Camp. Yesterday, CeCe and Paige were up against one another with “I Will Always Love You” by Whitney Houston, and this time around, the two weren’t showing off, but were battling it out for a spot at the judges’ houses. L.A. Reid summed up the situation extremely well when he said, “This is show time.” The little interview by Simon before the audition was a good vs. evil stand-off. We don’t think CeCe is evil, but she was so contrived and over-the-top during her faux emotional hero’s speech, that we were dragging that damn Tara Simon closet closer again. Paige completely lost it during the opening verses of the One Republic song. She faltered on the notes and whispered her way into the out-of-tune chorus. Paige has been struggling under the pressure of Boot Camp week and if she keeps this up, her position in the competition might be in jeopardy. CeCe, as usual, tried too hard to pretend that she was slaughtering the song. No CeCe, we don’t want to “hair” anything more. CeCe is really becoming a caricature of herself and we’re so over it by now. We know how badly you want it. All of the other contestants want it as badly as you, so just shut the hell up and sing like a normal person! She should take a leaf from Jillian Jensen’s book and learn about being humble and sincere. WINNER – Paige Thomas.

There were unfortunately no results for the final Boot Camp performances, as the producers wish to end certain episodes on “cliff hangers”. Bookmark Celeb Dirty Laundry for all of your X-Factor news, reviews and live recaps. We’ll be back next week with the final pre-live round phase of the competition – The Judges’ Houses. Let us know in the comments below who is your favourite so far.