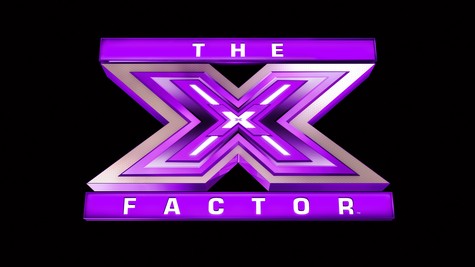 Yeeeaaahhh!  Last night on the Fox Network, The X Factor USA   revealed its 16 finalists who are going to the live shows. Well, kind of. Due to a long rain delay of a baseball game, between the Cardinals and Giants, the two hour show was cut in half. We only got to see Britney Spears and L.A. Reid’s full reveals and only two of Demi Lovato’s.

Whoever is in charge of the programming at Fox, is sure going to get a lot of angry emails from The X Factor fans. I mean really, who cares about baseball when Britney Spears is actually speaking in complete sentences and making wonderfully confusing facial expressions? Or how about the fact that she is actually mentoring teenagers? Not that long ago, she was shaving her head and hitting cars with an umbrella. Well, Simon Cowell seems to think she’s in a better state of mind. Only time will tell.

Diamond White: Spears states that Diamond’s nerves are a cause for concern. But in the end, Diamond makes it through. She immediately starts to cry.

Carly Rose Soneclar: Spears states that Carly’s control of her voice is “really amazing.”(She’s only thirteen!). But then warns Carly that she needs to have the whole package and might be too inexperienced to handle the pressure. But then, Spears stops with the fake-out and pushes Carly through. Carly does a better “shocked, saucer big eyes” than Diamond but no huge crocodile tears. Hmmm.

Arin Ray: Spears loves his charisma and confidence, (the guy has dimples the size of salad bowls in his cheeks) but she doesn’t know if he’ll be “good enough” — yikes! — to make it past the first round of the live shows. But she still gives him the green light. He jumps in the air. Whoop!

Beatrice Miller: Spears flat out asks Beatrice if she thinks she has what it takes, and Beatrice tells her yes. Good enough for Britney! Beatrice starts crying and hyperventilating almost immediately and then lets out the most blood-curdling scream ever. That certainly can’t be good for her vocal chords.

And now for L.A. Reid’s picks for the category “the over 25’s”. I’m sorry, but can we come up with a better name for this group? Like, for instance the “Quarter Life Crisis” group, or the “This is my Last Chance for Stardom” group. Just a thought.

David Correy: Reid doesn’t know if David can become a No. 1 artist in the current pop landscape, (hmmm, can he not compare to the Nicki Minajs and Rihannas of the pop scene? Maybe if we put a pink wig on him and a bedazzled leotard, he might just stand a chance) but he goes ahead and picks David anyway.

Jason Brock: “Do you really fit?” That’s what L.A. asks him and this is a legitimate question to ask a grown man who sings “Big girls don’t cry” by Fergie. Reid passes him through anyway. “I love you,” Jason proclaims after he asks L.A. if he can give him a hug. I’m sure Reid appreciated the action.

Tate Stevens: Reid states that Tate lacks confidence. But everyone pulls for Tate and when Tate finds out he’s not leaving, he promises Reid he’ll show up next time with more confidence.  He promises he won’t let him down!

Vino Alan: Reid calls his vocal tone “gut-wrenching” and “special”. Which it absolutely true. But with his facial tattoos and big muscles, Alan looks like a thug who would beat you over the head with a baseball bat and then kick you just to make sure you were down. Anyway, Alan begs L.A. to give him a chance and he does. Thank goodness, because I would be scared if you had to tell Alan the word “no”.

Now for Demi Lovato’s picks. We only get to see two of her choices due to the interruption of the baseball game. Her picks from the “Young Adult” group (please, another name?) are Jennel Garcia and Willie Jones. Not much to say about these two, except that Garcia likes to wear short shorts, and Jones has a penchant for bolo ties.