The Young Carrie Bradshaw Cast for Sex and the City Prequel 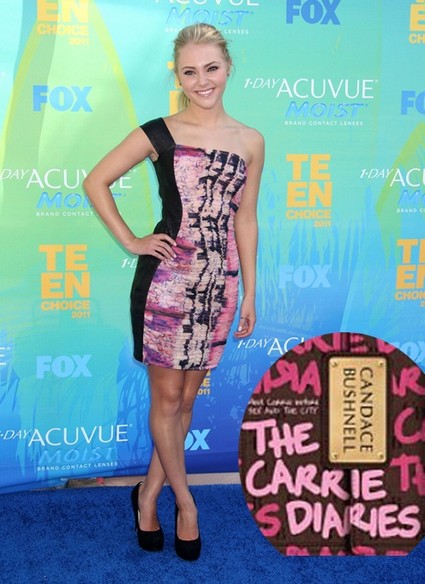 As we told you in January, the Sex and the City prequel series called The Carrie Diaries has been given the green light by the CW. Now, the network is revealing that AnnaSophia Robb—best known for her roll opposite Johnny Depp in 2005’s Charlie and the Chocolate Factory—has been chosen to play 16-year-old Carrie Bradshaw long before Manolo’s and Mr. Big.

Based on the Candace Bushnell book by the same name, The Carrie Diaries will follow the future sex columnist and fashionista during her teen years in the ’80s as she figures out everything to do with love and sex.

“The focus is so much on Carrie Bradshaw’s character and who she was at 16, 17 years old,” Thom Sherman, the development head of the CW network told, Entertainment Weekly. “Basically how we frame the show is: ‘Carrie at 16 found her first love and it’s not a boy—it’s Man-hattan.’ The other unique aspect is obviously the time period.”

While Elizabeth Olsen and Emma Roberts were originally speculated as possible ingénue’s for the pilot, AnnaSophia won the coveted lead. The 18-year-old actress already has an impressive on screen resume with roles in Soul Surfer, Because of Winn-Dixie, Jumper and Bridge to Terabithia (which she starred in with another upcoming talent, The Hunger Games’ Josh Hutcherson).

AnnaSophia tweeted her excitement about scoring the role tonight saying, “So excited for #carriediaries! It was online before I even knew hahahaha oh technology”

While I must admit that this show could cheapen the Sex and the City franchise more than movie #2 did, there is a slight chance it could be good. After all, the CW does have experience making hit shows from The Vampire Diaries, to Gossip Girl. Plus, the pilot is written and executive-produced Amy B. Harris who co-produced and wrote two episodes of the original HBO show.

So what do you think? Does AnnaSophia Robb make a good Carrie Bradshaw? Will you watch the pilot of “The Carrie Diaries”? I know I will, if it’s good, that’s great. If not, I can always pop in one of the“Sex and the City DVD’s.