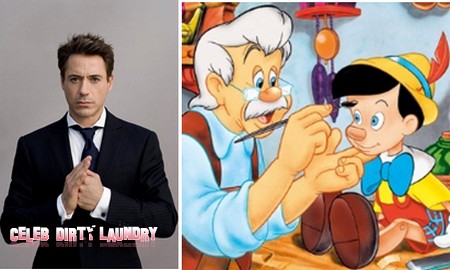 Award-winning actor, Robert Downey Jr. is wanted by Tim Burton to play the role of Geppetto, the woodcarver who created Pinocchio and how he’s trying to find him.

Many people are familiar with the story about Pinocchio, the boy who dreams to become a real boy, it originated as an Italian children’s book written by Carlo Collodi. The story of Pinocchio has been adapted many times, but the most well known adaptation was the animated Disney classic in 1940.

It hasn’t been confirmed that Tim Burton will direct this movie and if Robert Downey Jr. will play the role of Geppetto, Burton will apparently be more interested in directing this film.

Tim Burton has already directed a live action movie that was also a Disney classic called Alice in Wonderland. His portrayal of Wonderland was quite interesting in my opinion, I’d like to see what he could do with a live action Pinocchio movie. Not only is Burton interested in this film but Robert Downey Jr. is also interested in working with Burton and playing the role of Geppetto. I hope that they both commit to the project as soon as possible, because I think that both of them can make an amazing movie together.