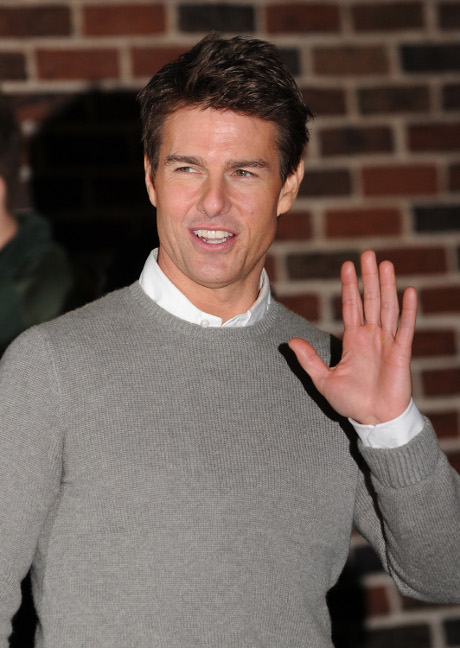 A few months ago, there were rumors that Tom Cruise and Cameron Diaz were dating like a reality television couple match made by bored producers. These rumors were untrue – so, so untrue. Not only is Diaz an entire Verne Troyer taller than Cruise, but she’s also much more emotionally stable than the little man with the Scientology obsession. She doesn’t bite puppies’ heads off before breakfast – waiter, why is PETA in my bouillabaisse? – nor does she pretend to be a new-gen version of Uri Gellar. She’s normal, okay? As normal as a Hollywood actress can be!

However, according to The Sun, Cruise is not cavorting with Diaz in the streets of L.A. Instead, the little man is allegedly having some alone time with Jennifer Akerman, supermodel Malin Akerman’s sister. The Sun reports, “It was scripted for Tom and Malin to get it on on-screen but Tom and Jennifer hit it off naturally at the Stockholm premiere of his latest film Jack Reacher last week.”

We don’t believe this and we’ll tell you why. In the images snapped at Akerman’s video launch, her face – a cupid doll’s nightmare (Oh God, seriously, she looks like a living mannequin) – looks tight and terrified around little men, so this is already strike one for Cruise. In another picture, she hugs a gentle man – who could also be a gentleman – with her gentle arms and gentle lips, pointing her finger at him and looking like those people who are “with stupid”.  (She’s scary when she emasculates)

So, in conclusion, although rumors dictate that Akerman and Cruise are connected like a homemade version of Connect 4, The Night of the Living Dummy would never consider Cruising the Cruise, because that would be a match made in horror.