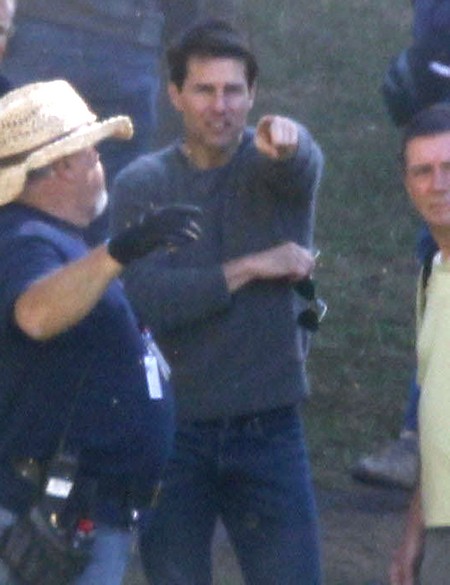 Tom Cruise has Russell Brand in his clogged-with-religious-bull-sh*t sight! Tom is trying to get Russell involved with his Scientology beliefs. Oh blimey!

Tom and Russell starred together in the mutual box office flop “Rock Of Age” and after Tom pretended to not be phased by the Katie Holmes divorce, he set his sights on the recovering drug, alcohol and sex addict, Russell Brand.

Tom believes Russell will make an excellent Scientology member and will be an exemplary spokesperson for Narconon, the Scientology affiliated drug rehab program that removes the drugs from the systems of drug addicts through vitamins, saunas and the general lack of psychiatry. Bloody hell, do Scientologists suffer from a form of mental retardation?

Narconon has experienced its third patient death in six months (sounds like Celebrity Rehab with Dr. Drew?), but Scientologists don’t believe in something as simple as death. No, according to these crazies, the “thetan” or soul moves on after “the meat body” is shed, almost like what happened to Lady Gaga after she removed that meat dress of hers after an awards show.

Okay, freaks!  Russell has argued before Parliament for compassion towards drug addicts and he also believes that addiction is an illness and that it is deeply rooted in emotional and psychological difficulties.

Tom Cruise really needs to find something to keep himself busy and lay off trying to Scientology bash people into joining his baby party religious cult.

We think Tom “should be taken to the funny farm, because he’s went a bit Patrick”.