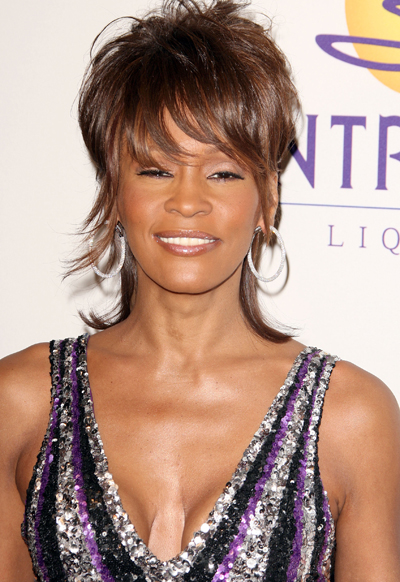 In a case of serendipitous timing, tonight’s Valentine’s Day episode of Glee will feature a tribute to Whitney Houston! Entitled Heart, the episode, which was shot months before Whitney’s death, features Mercedes, played by Amber Riley, singing the late singer’s signature song, “I Will Always Love You.”

And while Jennifer Hudson‘s recent rendition of the pop ballad at the Grammy Awards was particularly moving, Amber does the song justice as well, as evidenced by this recording. (Listen to it here.)

Even more striking is the fact that Amber had only met Whitney a few days before her passing at a pre-Grammy party:

Reportedly, Ryan Murphy, the show’s creator, had been pushing Amber to record the song for “such a long time,” she added.

After learning of Whitney’s death this past weekend, Glee‘s producers also added a title card at the end of the episode in memory of the 48-year-old music icon.