“True Blood” Season 6: Spoilers and Preview – Who Will Be the New Villain in Bon Temps? 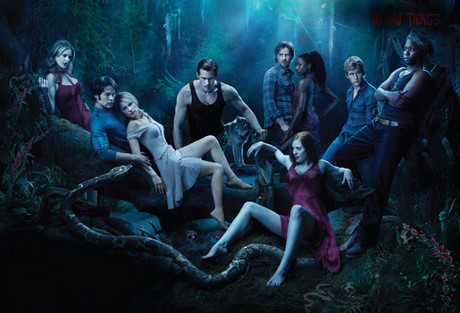 I will now use the joke that nobody gets tired of hearing: Waiting sure does suck! We can’t wait for summertime because summer leads to one glorious thing, and that thing is HBO’s southern gothic vampire series known as True Blood, created by Alan Ball. One thing HBO is masterful at is making sure they don’t release too much info about the upcoming seasons. They like their fans to be surprised, so of course they’re going to make sure they aren’t naughty with their fangs and spoil the future stories. However, just like with all shows, juicy bits and pieces of future storylines inevitably find their way out. And we have just a few pieces of new information that we think will whet your appetite for all things vampire.

If spoilers bother you . . . . As always, please turn your fangs away from the computer screen. At the end of last season, we saw Bill explode and then reform into some type of super-vamp-god-situation, and while he will undoubtedly be an antagonist that Sookie Stackhouse, Eric, and others will have to deal with, we’ve just heard that a mew baddie will be strolling into Bon Temps, our fave lil’ southern city where things always seem to be going awry.

The new baddie in town is Truman Burrell, the governor of Louisiana and a bonafide vampire hater. Oh, boy. What’s new? Another vampire hater? Honestly, this new addition sounds a tad bit lame, but I think we can trust that Alan Ball and his team will make a reasonable character. They have a lot to live up to after Russell Edgington’s character — who died last season and will not be returning anytime soon. “He’s gone,” says Alan Ball. “We may see him in flashbacks, but he bit it.”

Truman’s character is described in the following way: “a good ol’ boy politician who has a major beef with vampires ever since his wife ran off with one, leaving him as a single father to their only daughter. Politically savvy and perhaps overly ambitious, Truman tends to let his personal aspirations overshadow his humanity.” Sounds like he’s going to be another one who is driven by darkness.

Sookie will supposedly have a new love interest next season, and we only expect as much given that Bill is possessed by some crazytown vampire god and her relationship with Eric has always been a bit rocky. Who do you think she will hook up with? A werewolf? Will she finally allow herself to be with Eric? Let us know what you think.

True Blood Season 6 will return this coming summer, and the opening episode is rumored to be titled “Don’t Let Me Be Misunderstood.” We are super excited for this fangtastic new season of True Blood. Let use know what you’re most excite for!