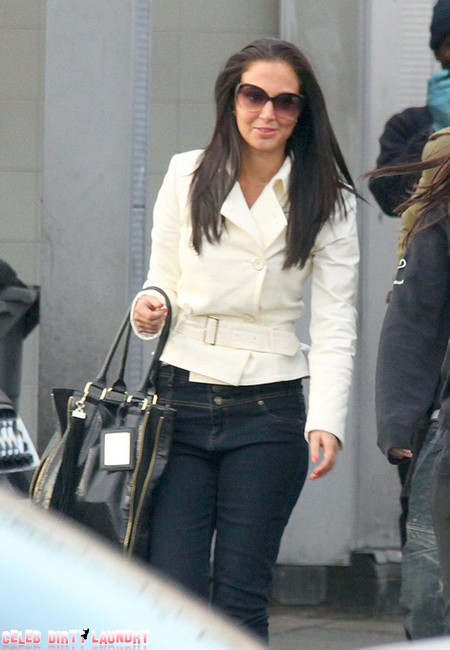 Tulisa Contostavlos is threatened that more explicit sex tapes of her will be released. Her ex-boyfriend, Justin Edwards, reportedly has more sex tapes featuring the ‘X Factor UK’ judge.  Initially Tulisa denied that it was her doing the job on the video and had her lawyers stop all sites from showing the graphic sex tape – but now that she has admitted her participation it is available all over the Internet.

The 23-year-old Tulisa was supposedly “humiliated” after a seven minute video clip featuring her performing oral sex on former boyfriend MC Ultra – real name Justin Edwards – was leaked online but a source close to Tulisa claims there could be more X-rated footage to follow.

The insider added to the Daily Mirror newspaper that Tulisa said:   “This is the most humiliating experience of my entire life – I wouldn’t wish this on my worst enemy. I’m hurt, angry and embarrassed and people feel like it’s OK to now talk about me in the most disgusting terms. I was so young when this happened – it makes it all so much worse.”

In an emotional video post on YouTube, Tulisa lashed out at Justin for taking advantage of her.

She said:  “I don’t feel I should be the one to take the heat for this or take the stick. He’s the one that took it upon himself to put it online and he’s now sitting in silence pretending that it’s not him on the tape when it is. I’m not going to sit here and be violated or taken advantage of by anyone.”

However, Justin took to his twitter account to advise people to listen to “both sides of the story” and claimed he wasn’t responsible for the tape being leaked.

He wrote:   “To find the truth both sides of the story should be heard b4 passing judgement #thatisall.  “I believe in silence being a sign of Integrity but in this case I guess I’ll have to speak up and Lay out the facts and let you guys decide.”

Do you think that Tulisa had the tape released intentionally?  We do.  Let us know what you think in the comment section below.