Tupac and Nate Dogg Rise From The Dead 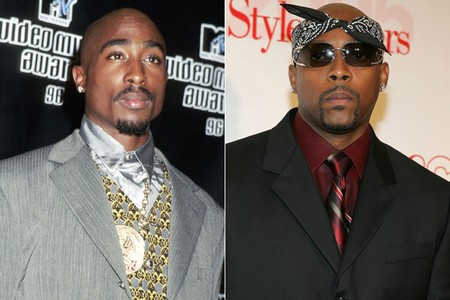 Tupac Shakur will rise from the dead – or at least appear to – and so will Nate Dogg!  These two rappers who are no longer with us will nevertheless be performing soon… read on to learn the amazing details.  Dr. Dre will be performing at the Coachella Valley Music and Arts Festival this Sunday, April 15th, 2012, alongside him will be Wiz Khalifa, Warren G and two of my favourite artists, Eminem and Snoop Dogg.

The Coachella Festival is an annual three-day music and arts festival organized by Goldenvoice and held at the Empire Polo Club in Indio, California, in the Inland Empire’s Coachella Valley.  With just the list of talented rappers above, you’d say this would be an amazing show but it just doesn’t end there.

With the use of holographic technology, both rappers Tupac and Nate Dogg who’ve sadly passed away will be performing as well!  The holograms are to be so advanced that it will look as if the two are actually on stage performing.  Kind of creepy if you think about it.

To be honest, if I had the money, I’d love to be at this event. I can’t stress how much I love Tupac’s music and how amazing Nate Dogg is – especially when he does the hook in a song as his deep voice is just so unique. So if you’re in the area in California and are a fan of hip hop, I highly suggest you go see such an extraordinary event live.  Just don’t inhale!