BY Scuttlebooty on May 16, 2012 | Comments: 2 comments
Related : Robert Pattinson, Twilight 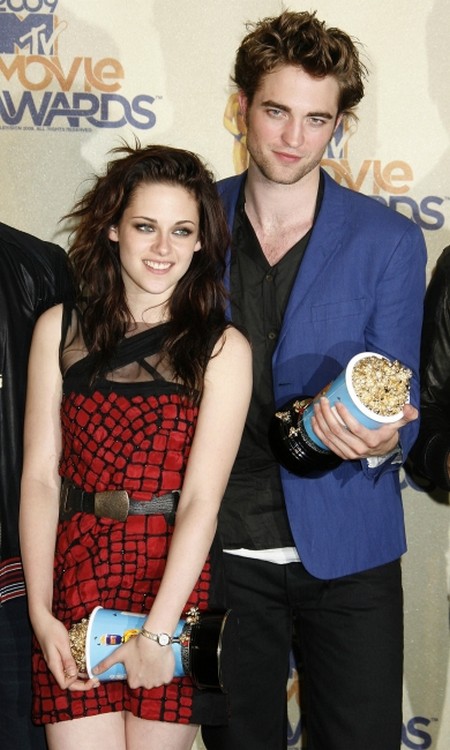 Robert Pattinson has finally admitted something every thinking person already knows – that the Twilight franchise is total garbage.  Rob gets candidly harsh about his career-making role as Edward Cullen in the mega successful Twilight movies. In an interview with Telemara magazine Pattinson makes no secret of his desire for meatier roles and confesses he was afraid he wouldn’t get quality offers after making it big as one half of the most popular star-crossed lovers since Ennis Del Mar and Jack Twist.

“I was scared of being cut off from the art-house cinema that I always felt passionate about. I was scared to never be asked to play in anything interesting, that my life would pass and that someone would ask me one day, ‘so apart from Twilight, what did you do?’. In this industry, you’re easily typecast,” he told the magazine. “I never proved anything. I was never fooled by the hysteria that surrounds me. It’s the character that I play, Edward Cullen, the romantic vampire. Besides, before the movie was even made, girls would scream at Stephenie Meyer’s public readings.”

I used to think Pattinson’s self-deprecating shtick was annoying but I’m beginning to come around. I like the fact he acknowledges Twilight was sh*t. Sorry Twihards but Twilight was complete crap. If I have to watch Pattinson scowl and Kristen Stewart bite her lip one more time….

But even I think Pattinson should watch himself. Twilight might have hindered him somewhat, but without it, he’d still be searching for work like he did in his early career.

“I was at loss, I would do one acting job after the other without any consistency. Thirty euro days job. When I was offered Twilight, I didn’t have a choice,” he said. “It had been three years that my agent in Hollywood would try to find me a job without any luck. Usually, after six months of unsuccessfull search, you’re dead in this industry, but she kept believing. I was never fascinated by a role but when I’m chosen I give myself to my character at 150%”

Oh, Twihards, I can feel your blood boiling when he said, “I didn’t have a choice”! What? You mean, Rob didn’t read the script and see Kristen Stewart’s gaze through the lines and jump at the chance to play a vegetarian vampire that sparkles in the sunlight? The nerve!

Oh, let’s make you madder, shall we? Rob goes on to say that his new movie, Cosmopolis, is so exciting for him because, “its’ the first time I really like one of the movies I make.”

Slam! How disappointed are you? Are you just as disappointed as I was when I watched the lame-ass baseball scene in the first Twilight movie because let me tell you, THAT was disappointing.

OK, on a serious note, I get that Rob is trying to distance himself from Twilight and Edward Cullen but he needs to remember he has A LOT of fans from those movies and those people actually buy tickets for non-Twilight movies as well. If he wants to keep making Indie movies, people have to go and see them. I actually can’t believe he said all this. Does he think just because an interview’s in French, Americans can’t read it? We aren’t that stupid, Rob.

Maybe Rob isn’t that different from Edward after all. Vampiric habits must die hard because Rob is biting the hand that fed him.