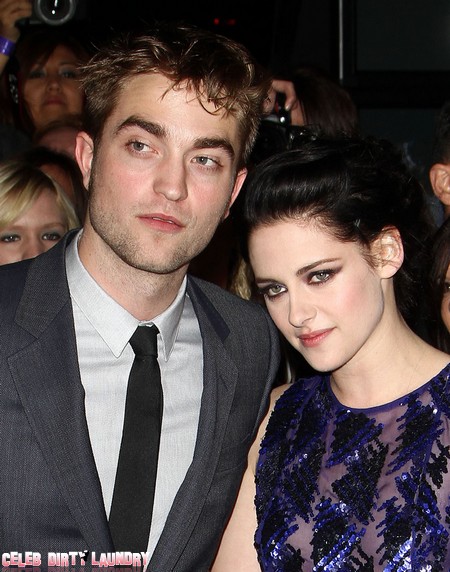 What could be nicer than seeing Robert Pattinson kissing with her sweetheart, Kristen Stewart?  Well nothing, except maybe seeing the greeting kiss between Kate Middleton and Prince William when the Prince returned for the Falklands last week.  But there were no eyewitnesses to that love fest, and if there were they are sworn to secrecy!  However, Hollywood Life provides an eyewitness account of Rob and Kristen at the Los Angeles’ Hotel Café.

It seems that during a Marcus Foster concert the lovebirds exchanged ‘forehead kisses,’ kind of like what your granny would give you.  Now that doesn’t appear very romantic at all – certainly not very HOT – at least not on the surface.  But since Rob and Kristen are not exactly renowned for their extensive PDA, we’ll have to take what we can get!

An eyewitness reveals to HollywoodLife exclusively:  “They were very low key and having a few drinks during the concert,” the source says. “She was in front of him for most of the night, with his arms on her side and on her hips.”

The eyewitness tells us Rob and Kristen had a few beers, and “tried to focus zero attention on themselves” during the show, where they were seated in a special area for Marcus’ friends and family.

Rob and Kristen are held in high regard by many.  People are enthralled with the couple and they are surrounded by a certain mystique.  Do Rob and Kristen hold a special place in your heart?  Let us know what you think in the comments below.