Twilight’s Kellan Lutz Wanted To Be In The Hunger Games 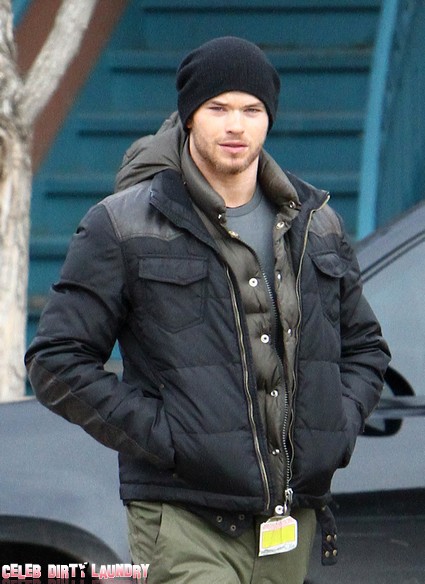 Come on Kellan – isn’t being in the Twilight franchise enough for you?? Apparently not, because Kellan Lutz reportedly wanted a piece of The Hunger Games pie as well. The beefy, fit star wanted to sink his teeth into (no pun intended) the role of Gale Hawthorne, who plays heroine Katniss’ good friend and potential love interest. It’s not that I don’t love Kellan, but somehow I just can’t picture him in the role.   Maybe it’s because he forever will be penned as vampire Emmet Cullen…sorry Kell, but you’re typecast for me.

Although Kellen never auditioned, producers of The Hunger Games turned him down after deciding they didn’t want any Twilight actors to appear. This I agree with, seems like a conflict of interest with the two franchises so widely popular among teens (and adult 30-year-olds…so what).

The role of Gale eventually went to Liam Hemsworth, who undoubtedly fought tooth and nail to play the coveted role. Fortunately for Kellan, he’s got projects on the go. He can next be seen in Syrup alongside Amber Heard, Brittany Snow and Kirstie Alley. As long as he’s no vampire, I’m ok with it.

You can catch The Hunger Games on March 23rd, where you can also see the trailer for Twilight’s Breaking Dawn Part 2.