Two and a Half Men – Season 9, Episode 13: ‘Slowly and in a Circular Fashion’ Spoilers (Video)

BY Robyn Good on January 2, 2012 | Comments: one comment
Related : Recap, Television, Two and a Half Men 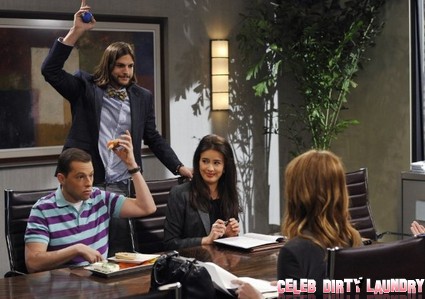 Two and A Half Men returns tonight after the mid-season break with the years first new episode.  This is the 13th episode of the 9th season called ‘Slowly and in a Circular Fashion.’  In the last episode before the mid-season break Walden’s mom Robin played by Mimi Rogers came to visit and Alan fell for her.  Mom Robin spilled a secret about Walden’s past.  If you missed the episode you can read our official recap here!

“Slowly and in a Circular Fashion’s” official synopsis:  Walden needs Alan and Sophie to help when Bridget and his mother look to wrestle away control of his company. Guest Cast Mimi Rogers: Robin  and Sophie Winkleman: Zoey

In the preview for tonight’s episode Walden’s Mom is trying to take Walden’s company.  Walden says ‘You’re kicking me out of my own company?’ Then we hear, ‘YAY, YAY’ and Walden screaming ‘NAY.’  Walden is desperate and desperate times, call for desperate measures so he tries to enlist Alan’s help.  Walden asks Alan to be on the board of his company.  In one scene of the preview Alan is in the boardroom and says to Zoey, ‘The last thing we need is a sexual harassment case am I right sweet cheeks?’

LOL, check out the preview video below for the new episode and let us know what you think in the comments below?  The show started to pick up the last couple of episodes, what do you think has Chuck Lorre finally figured out what to do with Ashton Kutcher’s character?  Let us know!

Slowly and in a circular Fashion airs tonight at 9PM on CBS.  Make sure to come back tonight, we will be live blogging the show with up-to-the-minute results!  Enjoy the preview video!