Two and a Half Men Season 9 ‘Finale’ Spoilers

BY Robyn Good on March 3, 2012 | Comments: Leave Comments
Related : Spoiler, Television, Two and a Half Men 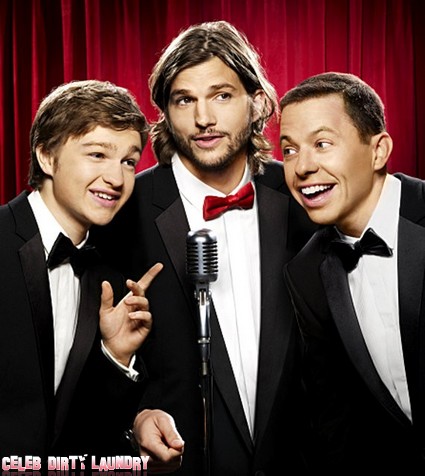 The first season of Two and a Half Men with Ashton Kutcher is nearing the end. What did you think of his character Walden and did you enjoy getting to know all about his python? Yeah, did nothing for me either. This week, creator Chuck Lorre was so excited to get his induction into the TV Academy Hall of Fame at the Beverly Hills Hotel that he let loose cracking Sheen jokes and spilling secrets about an upcoming plot for the finale.

If you’ve watched Two and a Half Men, you know that Alan’s (Jon Cryer) estranged wife Judith (Marin Hinkle) dealt with her attraction to women, well now its someone else’s turn to follow Judith’s lead. Alan’s mother, Evelyn (Holland Taylor) will have a lesbian relationship with none other than, Mary Tyler Moore and Everybody Loves Raymond veteran, Georgia Engel! Georgia will be playing Jean, the sweet widow and Lyndsey’s (Courtney Thorne Smith) mom. Apparently this lesbian encounter is going to have Evelyn really experience affection for the very first time. Too bad Charlie is dead, he would have been thrilled.

Meanwhile, Alan goes off the wall and can’t believe what his mother is doing. He is really concerned that he has to break the news to his son Jake (Angus T. Jones) since the women have really hit it off and are getting matching tattoos.