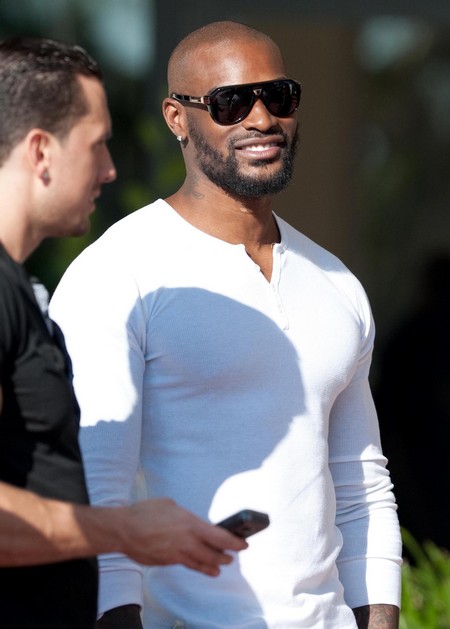 Tyson Beckford isn’t your typical male supermodel now that he has a sex tape being shopped around the Adult entertainment world.  It seems that Tyson got into some bad-mouthing of a few of the co-stars he has worked with on several movies!

Anyway good old Tyson seems to really hate being mistaken for Tyrese Gibson.  At least that is what he grumbles about on the sex tape.

A sex tape which is said to feature male supermodel Tyson Beckford is being shopped around the adult entertainment community … TMZ has learned.

Sources tell us … the seller insists the 45-minute tape shows the former Polo model pleasuring himself during a recent Internet video chat with a female model.

We’re told … during the chat session, Tyson makes references to some of the movies he’s appeared in … and talks about some of his co-stars.

Sources say Beckford also reveals one of his pet peeves — being mistaken for Tyrese Gibson.

A rep for Beckford tells TMZ … the model’s camp has not seen the footage and will not release a statement until they can view the material that’s being shopped.