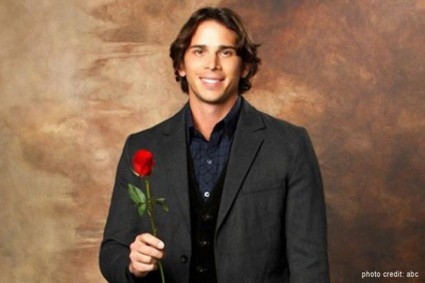 Better get your popcorn ready because next Monday we get to watch ABC’s The Bachelor Season 16 “Women Tell All Special.” Judging by the sneak preview, there promises to be drama, tears, and a lingering scent of desperation. Another thing the special could reveal is Bachelor Ben Flajnik’s total unhappiness. RadarOnline is reporting that Ben— who is two weeks away from revealing his chosen “woman”—is seriously regretting his time on the reality show and his relationship with the winner.

During the taping of the special, an insider close to the show claims to have overheard a conversation between the 28-year-old wine maker and the show’s producers. “Ben was talking to the producers of The Bachelor and when they asked him if he would do the show again he said ‘No way! This was the worst experience of my life,’” the insider told RadarOnline.

I know what you’re thinking: what man could hate having a group of nubile, sexy, psychotic women throwing themselves at him? Apparently…Ben!

While appearing in a room of women you’ve rejected can’t possibly be the most comfortable experience in a man’s life, the source explained that Ben didn’t appear to be at all in love or happily engaged during the taping: “Ben couldn’t hide how miserable he was during the taping; everyone could see that he wasn’t happy.” How can you tell? In my opinion, Ben is rarely animated or excited. Monotone and stiff is more his style.

There have been many rumors in the media concerning Ben and his chosen paramour lately, and while most reports agree that Courtney is the one he picks—check out our story about the model’s trip to the bridal shop this week—many have claimed that the relationship has already dissolved for a variety of reasons.

Nevertheless, there is more to look forward to other than Ben’s frowny face, as the source revealed that the “Women Tell All” includes some serious Courtney bashing—to her face! “Courtney was complaining and moaning ‘Can we stop this now?’ because she was annoyed that the women were picking on her and that the process was taking so long. A producer had to remind her ‘You’re doing this for you and Ben.’ She agreed but was rolling her eyes the whole time; basically she just couldn’t wait to get out of there.”

Hey Court, if you’re going to dish it out so often, you better learn to take it! ‘Nuff said.

The special airs at 8/9c on Monday! I’ll be watching, will you?