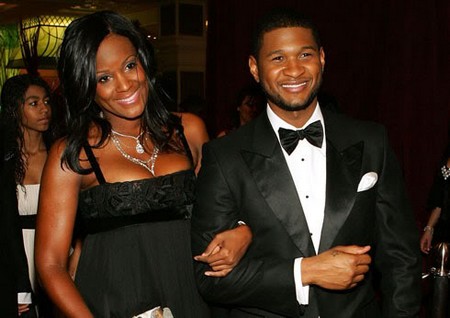 The drama between Usher and Tameka Raymond has reached an unbearable level where even the good judge is fed up! Usher vs. Usher, Drama, Drama, Drama please make it stop……The judge is so tired of Usher and his ex-wife battling it out over their child custody agreement for YEARS now.   This is worse than I thought it was they are getting down, dirty and nasty. The couple has 2 sons – Usher who is 4 years old and Naviyd who is 3.

Tameka is accusing Usher of being behind in child his support payments to the tune of $34,000 and also wants an increase in support because his career is in a different place now as to when they originally filed for divorce. Doesn’t everyone always want more money from an ex-spouse especially when they are doing well, how typical.

The kicker is she also wants him to take a drug test because she thinks he is using drugs.  (Really!)  Well on May 1 the judge at Fulton county Court said enough already! He stated that the two of them need to come to an agreement together or he was going to do it for them. Oh!! Those sound like fighting words. Judge you should have done this 2 years ago and stopped them from all these shenanigans and bad press.

Now I know Tameka does not want that judge to really take to close a look at her child support payments because I’ve known judges to lower them.  I think just because they got aggravated, don’t upset the judge stupid! It was not stated how much time he gave them to figure this out but I’m guessing it should be soon, I mean they filed for divorce in 2009, they’ve had enough time already. Judge I say do your thing and let the chips land where they may. This is silly nonsense, think of the children!