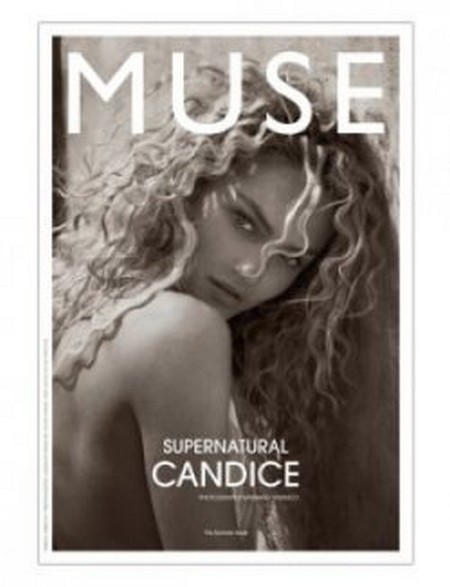 Yesterday Candice Swanepoel, one of Victoria’s Secrets‘ top models, gave her Twitter fans a gift – an arty, black and white Candice Swanepoel nude photo. The stunning South African beauty shot this photo and others for an upcoming issue of the Italian fashion magazine Muse.  She tweeted the caption, “So so excited for you all to see this issue!” and I’m sure her 170,000 followers are now just as excited!

The Victoria’s Secret angel has a lot to be happy about.  Just yesterday she was named the tenth highest earning supermodel in the world by The Forbes Rich List.  At the age of 23, she is also the youngest.  Swanepoel earned 3.1 million dollars last year putting her in line with some other huge modeling names like, Miranda Kerr, Kate Moss and Gisele Bundchen, who of course is the top earner.

All of the top ten earning models have in one point in time walked the runway for Victoria’s Secret.  Lingerie models are some of the most sought after women in the world and as long as they keep themselves in shape, they’ll remain in demand.  Other Angels such as, Alessandra Ambrosio , Adriana Lima, and Doutzen Kroes have built their entire careers on being half dressed.  Too SEE THE PHOTOS CLICK HERE

What do you think of Swanepoel’s tweeted photo?  She is considering it to be an artistic shot.  Do you see it as arty, or as another way to gain attention from her male fans?  Let us know your thoughts in the comments below!