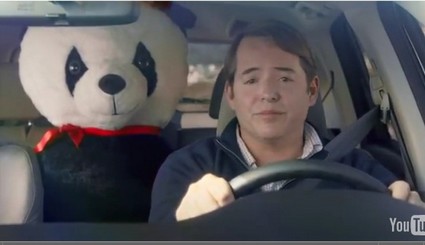 I literally cannot find the words to express how awesome this new Super bowl commercial is.  If I had to describe it in four words, I’d say: Ferris Bueller’s Day Off. Yep, that’s right – finally Ferris has decided to take another day off -26 years later – but nonetheless it’s about time!

As we know the Super Bowl is fast approaching and companies work (and pay) overtime to create amazing, jaw-dropping commercials for all to see.  So what better way to grab our attention by bringing back Matthew Broderick, who shot to fame as Ferris Bueller, in a new ad for Honda that will air Sunday night during the NBC telecast.

Honda decided to release the full-extended version after the teaser came out last Friday, and boy does it not disappoint.  Fans of the film will reminisce immensely over the homage to the classic 1986 original movie – with Broderick calling in sick to a film shoot and slacking off the entire day.  There are tons of references to the movie, so if it’s one of your favorites like it is mine, you MUST check it out.