BY Newsbylisa on May 6, 2012 | Comments: Leave Comments
Related : Real Housewives of Orange County 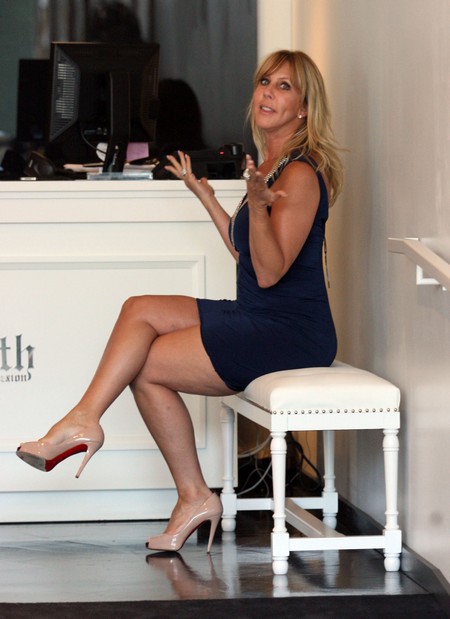 It’s a second wedding and a surprise pregnancy! Vicki Gunvalson from the, ‘Real Housewives of Orange County‘, is planning a formal wedding for her only daughter and co-star Briana Wolfsmith.  If you have been watching the show, (I’m always watching, love it!) in the last episode Briana told her mother that she and her military boyfriend, Ryan Culberson, eloped and tied the knot in a drive thru chapel in Las Vegas.

I don’t blame her.  If you’ve been watching the show since the very beginning like me you would know how controlling Ms. Vicki is with her children it is almost suffocating.  Besides that the chica, Briana, has been through the mill with her health problems and now that she knows that she doesn’t have cancer, of course the chica wants to move on with her life, (wouldn’t you?).

Ms. Vicki when she found out said the she was, “sad, confused and angry”.  Now remember Ms. Vicki that your daughter at the time had not even met your new boyfriend that you are so….. In love with – so cut her some slack.

That is exactly what Ms. Vicki has done because she has relented and is planning a formal wedding for her daughter and son- in-law so that they can get married again and properly.   Good going MOM.  You know what a little bird says, is that Ms. Vicki might be a grandmother soon because Briana, allegedly, is 4 months pregnant!!!  Congrats!!