What Does Justin Bieber’s Sex Face Look Like? (Photos) 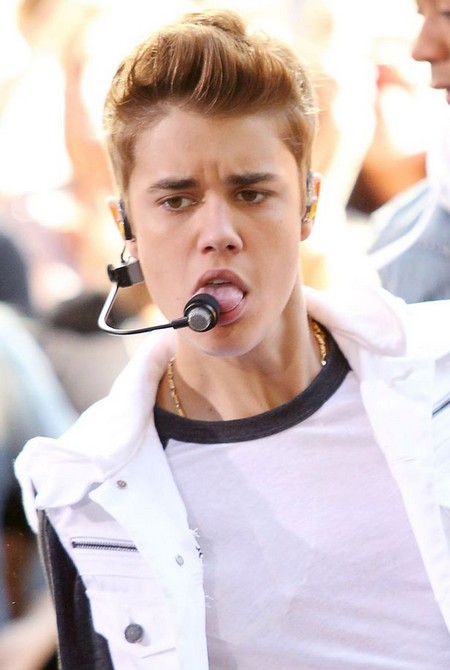 Justin Bieber’s sex face is imagined by millions of teenage girls (and boys), all over the planet. One of the biggest pop stars since Michael Jackson, Justin Bieber has set new standards for all future music stars to grace the stage. The Biebs has as many haters as fans, being the butt of lesbian jokes, since the dawn of his career, but this does not stop this multi-million dollar empire that is Justin Bieber.

Bieber stopped by the Today Show in New York recently and the photos of the performance have gone viral since they were released on the internet a little while ago. Photos of the Biebs singing, dancing, running, smiling, showing his abs, showing his bottom in briefs and ending it all with what many on the internet have described as Justin Bieber’s sex face – the face which millions of girls (and boys) wish to see.

Justin was once upon a time just another face in the crowd, a teenager trying to make his big break on Youtube, until one day, when he broke loose from his mediocre, lower-middle class existence and took over the planet like a Martian boy with instant hormones. Someone added water to this mix and Justin Bieber’s child-like appearance and slithery, sliding fringe, changed into a deep voiced, modernized little man-child. Excuse the adjectives, but how can one possibly describe the Bieber’s moment of world domination?

So, dear CDL’ers, if you’re a female (or male) who finds the Biebs hot, here’s the photos. Have a good look at the poster child for what Hitler wanted to achieve – absolute world control.

Do you think the Biebs is hot? Why? Comment below.