What Happened To The Winners of The Voice? 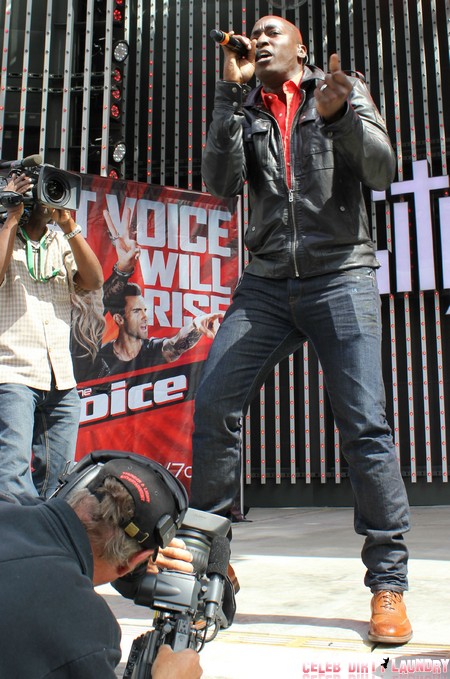 The much anticipated 3rd season of The Voice is starting tonight, so Celeb Dirty Laundry decided to take a look at the previous winners Javier Colon and Jermaine Paul. What happened to the winners of the most exciting reality television show since Survivor? Read on to find out!

Javier Colon was the velvet voiced winner of the inaugural season of The Voice and his single Stitch by Stitch (catchy, but cheesy) was released to a US audience after his win. The single reached a peak position in 17th place on the US Billboard charts and a peak in 57th on the US R&B charts. The single also climbed in Canada and eventually became stuck in 28th place on the Canadian music charts. This was not the most successful release in the history of reality talent television, but Colon achieved more on this platform than in the entire extent of his career. Back in 2003 Colon released an album through Capitol Records which was a slight vanity project with its self-titled “Javier” cover. This album broke the top 100 on the Billboard charts and settled at a peak of 91st, but it shot to 18th place in the US R&B charts. His sophomore album was released in 2006 which failed to chart on the hot 100, but did manage to achieve the 37th peak position on the US R&B charts.

After his win, Colon was able to work on his career with reality television backing and his contract with Universal Republic Records. He released his post-win “debut” album in 2011 titled “Come Through for You”, but failed to break the hot 100 album charts on Billboard and peaked in a miserable 134th place. The album, as with his others, did extremely well on the US R&B charts and peaked in 20th place.

Colon has since parted ways with Universal Republic Records. According to Colon, it was the lack of support for his latest album as the reason. He released a statement in which he stated, “I went into it with high hopes, as I believe everyone did. But then you pour your heart and soul into a new album that you think is really great, and your label who is supposed to support, market and promote your music does neither, it’s really hard not to be upset. The truth is, we are all better off going our separate ways.” Ouch. Colon toured with Maroon 5, Colbie Caillat and Gavin DeGraw this past summer. There is still no word on whether a new Javier Colon album/single is in the process of being released, especially after the debut single from his post-win album failed to chart.

The second season of The Voice dawned with much praise from critics and fans alike. Javier Colon became a statistic as the new season rolled around. The second season contained the same campy antics and underdog rooting the first one contained, but this time around it was bigger and better, because it catered for a larger viewership. Jermaine Paul became the second season winner of The Voice, but fared much worse than his predecessor. His final performance single, the sentimental and clichéd “I Believe I Can Fly”, became a lackluster cover version of the already “done to death” record and was the only show single to chart in 83rd place on the Billboard charts. Paul released his single “Butterfly Kisses” in June of this year, to coincide with Father’s Day, but the single has been dreary at best. It might have had a fair amount of success on Itunes, but it failed to actually make any dent in the music industry. Paul is currently “hard” at work on his debut album.

The show, which has been touted by many as the answer to Idol, has not had considerable success in foreign regions either, especially in the UK version of the show, where it had to battle against reality television juggernauts such as The X-Factor UK. The UK based BBC channel won a $35 million dollar bidding war with ITV (a premier UK channel) to broadcast the show for two years. The show gained considerable viewership during its premiere season, but failed to deliver a worthy winner in Leanne Mitchell, who peaked in 45th place on the UK charts with her coronation single, Run To You by Whitney Houston. The UK version has since cancelled the live tour due to poor ticket sales.

What will become of the US version of The Voice? Will the 3rd season be able to deliver a valuable winner? Might this be the final time we’ll be seeing those swinging chairs? One thing is for certain, The Voice is not a talent competition. It is a popularity contest based on television ratings and flavor of the month contestants. Still, it is very fun watch!

Will you be tuning in tonight? Let us know in the comments below.