What Should The Kardashians Name Their Forthcoming Magazine? 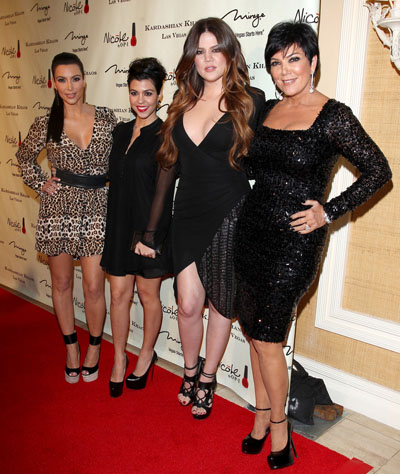 As if 5+ TV shows, several books, a clothing collection, and an infinite amount of Tweets weren’t enough, the Kardashians now want their own magazine!

According to the New York Post, the family, no doubt spear-headed by mama Kris Jenner, are “in talks” with American Media Inc, the publishing company behind magazines like Star, Shape, and The National Enquirer (all of which, the Kardashians have appeared in many, many times.)

Reportedly, after Kim Kardashian‘s short-lived marriage to Kris Humphries resulted in a flurry of negative publicity for her, the Kardashians decided that they would like to have more control over their own press, and what better way than to have your magazine to announce all of your own breaking news?

“Some suspect the Kardashian mag will be similar to Kim’s celebuzz blog, which is packed with family happenings and plugs for sponsors,” reports the Post.

However, the real question is: What should the Kardashians name their magazine? Obviously, the title will start with a ‘K.” Perhaps, KKK: The Magazine? (Then again, perhaps not.)

And although none of the Kardashians will supposedly serve as editor-in-chief, they will be “heavily” involved in the magazine’s content, which means we might expect enema tips from Kourtney Kardashian, dieting tips from Khloe Kardashian, and maybe even a relationship advice column from Kim! Although, some are speculating that the magazine may not have any text at all and will just just an endless series of photos of the celebrity family that everyone loves to hate!