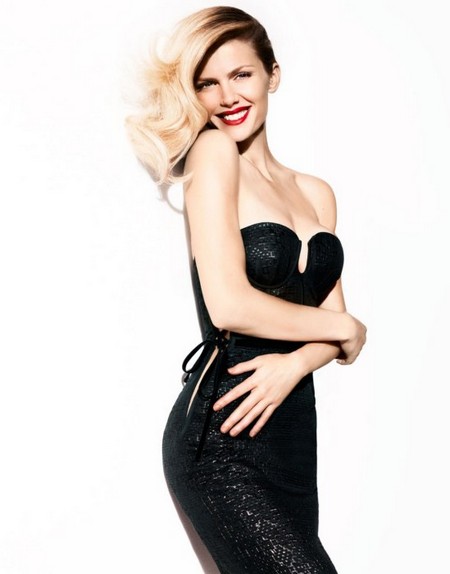 Brooklyn Decker posed for Vanity Fair and there’s a lot going on in her life these days – the gorgeous 25-year-old not only has one but two big movies coming out, What to Expect When You’re Expecting and Battleship.

So it only seems naturally for the blonde bombshell to glam up for a feature in Vanity Fair’s June 2012 issue.  Aside from discussing her two films, she shared with the magazine some personal info that we might not have already known.

Of her figure and modeling days she says, “There were countless jobs I didn’t get because of my figure. I wasn’t that successful as a model, ever. I just had a few clients that really embraced my curves.”

She also admitted that after shooting the Sports Illustrated cover, she decided she didn’t want to model anymore.

“That week, I told my agent, ‘You know what, I really… I don’t want to be a model anymore. I really want to do movies.’ And I think he wanted to wring my neck at the moment.”

Well it’s a good thing everything panned out for her in the end.  One other interesting fact you might want to know about Brooklyn?  She’s named after a horse.  Yep, you got it.  She revealed that her mom’s best friend had a horse named Brooke, so her dad suggested ‘Brooklyn’ as a more formal version.

You can catch Battleship hitting theatres May 18 where Brooklyn plays the daughter of an admiral (Liam Neeson) and the love interest of Taylor Kitsch.  What to Expect When You’re Expecting also comes out on the 18th.  Go Brooklyn!