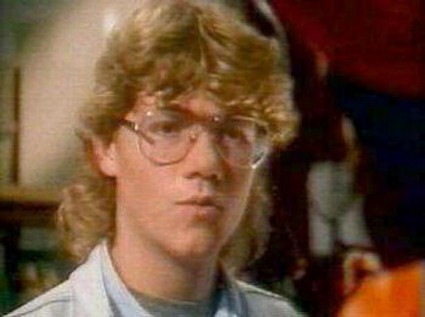 Is anyone else as shocked as me to not only discover that actor Neil Hope, of the original Degrassi series has died – but that his death is only becoming public knowledge now 5 years after his passing? What the heck?!?! How is it possible that we never heard about this? I don’t care who you are, if you’ve made some sort of imprint in film or television and are no longer on the map, news of your passing should still be known. I find this sad and hard to imagine.

What’s also disconcerting is that Neil was 35 and died of ‘natural causes’. Huh? There’s got to be more to that story. Neil was most famously known for playing Derek “Wheels” Wheeler on the long-running Degrassi series. His character struggled with alcoholism abuse and in real life he encouraged teens to seek help with problems such as addictions and sexuality.

Producer Stephen Stohn said on his twitter feed:  “We have respected the privacy of the family by not saying anything until now, but our entire team is very emotional about his passing,  Neil and his character Wheels in the early Degrassi deeply touched many lives.”

It’s still not clear as to why his death had never been reported – a spokesperson for Epitome Pictures, which produced the series, said contact with Neil was lost. What about his friends and family?

Neil was one of 5 children born in Toronto, Canada. Degrassi fans have been sharing the news of Twitter and Facebook. Took us long enough. I for one want to know more. RIP Wheels.