Matt Bomer: “I Never Hid The Fact That I Was Gay” 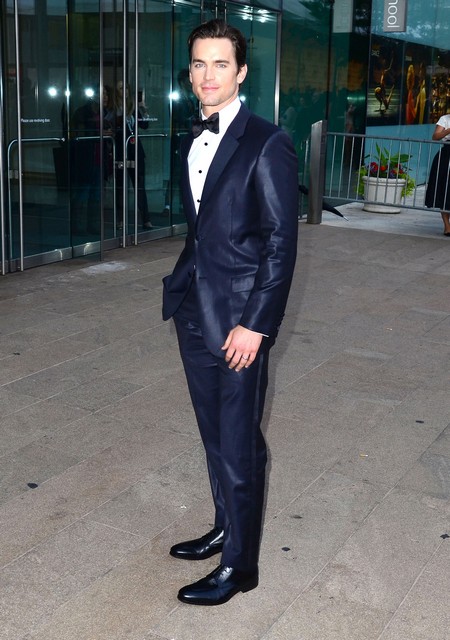 Matt Bomer doesn’t talk about his private life. He just doesn’t. The actor revealed earlier this year that is he gay. We heard the sound of a million women weeping in their showers, silently sobbing away while their husbands and boyfriends watched reruns of Ice Road Truckers.

The White Collar star told E! News recently, “I never really endeavored to hide anything, but there were times I close not to relegate my history to the back page of a magazine, which to me is sort of akin to putting your biography on a bathroom wall.”

The actor had a special guest starring role on the third season of Glee and after he was asked whether he is saving young gay kids’ lives through his public coming out, he said, “I hope so. They need saving, certainly in this day and age as much as ever—no matter how much we think we’ve progressed.”  Good on you Matt!

Matt didn’t fall out of the closet with a heap load of skeletons and dirty secrets like John Travolta, but rather subtly, softly, with grace and a simple thank you to his long time partner Simon Halls, a Hollywood publicist, when he was honoured by the Desert AIDS Fund in Palm Springs. Matt and Simon have three children together.

The actor also had quite a mouthful to say about equality, “What we really have to do is stop the adjective before the job title—whether it’s ‘black actor,’ a ‘gay actor’ or ‘anything actor. Everybody thinks that equality comes from identifying people, and that’s not where equality comes from. Equality comes from treating everybody the same regardless of who they are. I hope the media and the press catches on to that because it’s time to move out of 1992″ Wow! We just had cold chills run down our spine. Maybe we should kick out Mitt Romney and Obama from the race to the White House and rather have Matt Bomer run for President of the United States?

Matt is starring in the most anticipated stripper film since Showgirls and he said about the casting, “When they called me, I thought, ‘Do they have the wrong number? Did they mean to call the guy from Vampire Diaries?”

Don’t worry weeping women; Matt is stripping down in Magic Mike in ways you could never imagine. Let your partners stay at home and watch reruns of Ice Road Truckers, you’ll be better off drooling at the movie screen.

Do you also think Matt Bomer is inspiring, or is it just us? Will you be watching Magic Mike? Let us know in the comments below!