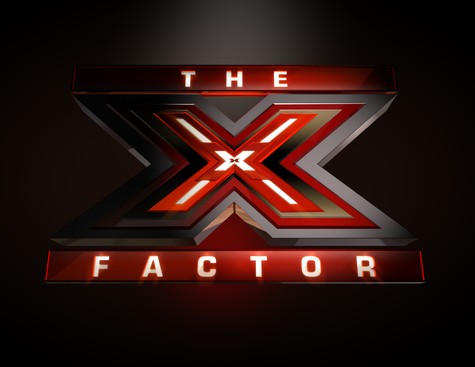 Last night on X-Factor USA, the final four contestants performed for a spot in the finale. This week, however, the contestants were safe, theatrical, and mundane. If this is what we will have post-X-Factor, there’s no point in voting anymore. Celeb Dirty Laundry is once again bringing you a full review of last night’s performances, an official CDL poll of who you think should be going home, and official CDL scores for the acts’ performances. Who was your favorite? Who do you think will win?

Tate Stevens – Mentored by L.A. Reid – Bonfire by Craig Morgan & Fall by Clay Walker – Tate chomped down on his genre during his contestant’s choice song and exploded like a gas station in Texas on a hot day. It worked brilliantly, as the song’s catchy chorus and country twang fit like a glove over Tate’s voice. Tate’s second song only further cemented him as a country music force to be reckoned with. There’s absolutely no doubt in our minds that Tate will be in the finals, and there’s a very, very strong possibility that the country crooner might win the entire competition. His fan bloc is strong and he is broad and general enough to win over most of the independent voters. OUR SCORE – 8 out of 10

Carly Rose Sonenclar – Mentored by Britney Spears – Your Song by Elton John & Imagine by John Lennon – Both of Carly’s song choices were a bit safe this week. These songs have become the stereotypical fallback vocals for a strong reality talent show competitor. That said, Carly has this innate ability to completely overthrow a song and make it her own. Her magnificent control of the lower register gives the vocals a fuller, stronger sound, and that makes for a great artist. During Carly’s first song, there was an unparalleled level of control and emotion, but – and there’s always a but – it came off as too Broadway and musical theater. However, it wasn’t necessarily Caryl’s fault that she looked like a Tony Awards winner. Carly’s second song, the seminal John Lennon hit, was at an unseen before artistic and emotional level. The opening of the song was, quite easily, one of the best openings not only in the history of the US X-Factor, but also in the history of reality television talent competitions. However, when Carly hit the upper-note chorus, everything fell apart and turned into a Coldplay concert. Imagine is song that should be marinated with subtlety and emotion. It isn’t a big song, and making it a big song is an injustice. This was just too theatrical. OUR SCORE – 6 out of 10

Emblem 3 – Mentored by Simon Cowell – Baby I Love Your Way by Peter Frampton & Hey Jude by the Beatles – There’s no denying that Emblem 3 will become one of the biggest boy bands in US history, but they’re not going to win this competition. Their Peter Frampton hit was, once again, marred by karaoke vocals and an OTT performance. However, Emblem 3’s second song brought them slightly back to reality. It’s never wise to touch a Beatles song – especially when said Beatles song is Hey Jude. Too many drunkards outside of seedy clubs have attempted to sing this song with their friends, so the danger of going karaoke is always on the horizon. Emblem 3 only slipped up a couple of times on the pitch, but aside from that, the performance was, as always, a walking cliché of the teenage demographic. We don’t get the hype. OUR SCORE – 6 out of 10

Fifth Harmony – Mentored by Simon Cowell – Anything Could Happen by Ellie Goulding & Impossible by Shontelle – Fifth Harmony might have had a few misses throughout their run in the competition, but their double-miss of the semi-finals will ensure that they are sent home tonight. The first song might have been “magical” for Britney Spears, but to us it came off as another off-Broadway performance with a bunch of failed reality television contestants. Their vocals were exquisite, we agree, but there was something missing from this performance, almost as if the girls were manufactured. Fortunately, this performance dripped like sweet honey into the ears of their demographic. Their performance of Impossible – the same song they did during the judges’ houses phase – was a disastrous re-enactment of former fame. At least they’re not Emblem 3. OUR SCORE – 7 out of 10