Who Will Win The Voice Season 3? (POLL) 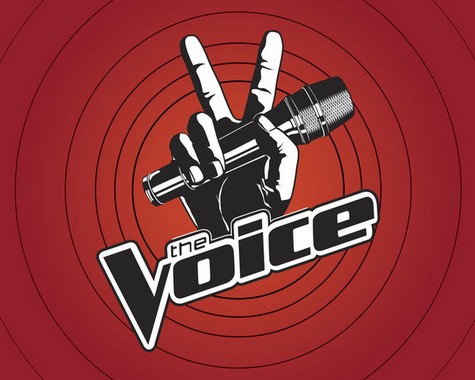 And then there were three – Terry McDermott, Nicholas David, and Cassadee Pope. One of these three singers will walk away as the winner of the 3rd season of The Voice – or they might just walk away, one never knows with these reality television spectacles. On last night’s elimination show, the velvet voiced Trevin Hunte was kicked out of the competition for being too schmaltzy – Bette Midler inflames people like that – and now he is but a forgotten memory in the bargain bin of a local music store that smells like feet and human.

It happens. The cookie crumbles and your time is up. This isn’t a choral competition named The Voices. However, the three singers that do remain have to now duke it out to win the final vote. Who will it be? Who will take home the biggest prize in C-Lister reality television? Will it be Nicholas David, the eccentric and unorthodox musician? Or will it be Terry McDermott, the hobbit with the voice made in Rod Stewart’s laboratory? Or, if all else fails, could it be Cassadee Pope, the teenage demographic winner? Let’s take a look at how this cookie might crumble, shall we?

Terry McDermott – This smooth voiced singer taps into the middle-aged demographic and wins over fans week after week with his cool voice, spunky attitude, and inherent suaveness. There’s something about a man that comes from the beautiful lands of Scotland. People like that. They like the idea that he’s “exotic” – how exotic that might be, we’ll never know.

Could he win? There’s a strong possibility that Terry’s foreign appeal might win over just enough independent voters to help him clinch the deal. If he’s able to stay as endearing throughout the final run of the competition, he might just walk away with that title and a trip straight to the bargain bin.

Nicholas David – This eccentric and individual artist is as fresh as lemonade on a hot summer’s day. The music industry lacks someone of his caliber – but then again, the music industry lacks most things. Nicholas is a true artist, and for that, he should be handed the title on a silver platter made of moon juice.

Could he win? Nicholas will, in all probability, end up in at least the second position. His uniqueness might scare off independent voters, but if his massive fan bloc is strong enough to carry him, he won’t need those independent votes.

Cassadee Pope – This young singer has one of the largest voting demographics in all of television land – the teenagers. It works perfectly in her favour, with or without the input of any independent voters. The teenage demographic is strong enough to make anyone a winner! It’s like Teletubbies on a Charlie Sheen coke binge!

Could she win? Yes, without a doubt. She has been kept in the competition this long, although she’s been lacking the vocal quality of the other competitors. That proves one thing – her fan bloc is out in full force and will do everything in their power to give her the title. That famous My Chemical Romance song says it all, “They’re gonna clean up your looks / With all the lies in the books / To make a citizen out of you.”

Who do you think will win the 3rd season of The Voice? Let us know in the comments below and vote in our official The Voice Winner’s Poll! Remember, we tune in so you don’t have to tune out!