Who Will Win The X Factor USA Season 2? (POLL) 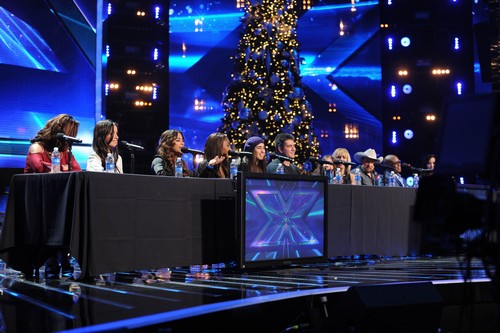 By the end of this week, we’ll know who the winner of X-Factor USA will be. It’s a tough battle between Carly Rose Sonenclar and Tate Stevens who have both been strong contenders in the competition. Fifth Harmony will take a guaranteed 3rd place position in the finale, with or without the input of independent voting blocs. Carly and Tate, however, is a whole different story.

Carly started in the competition as a garden variety contender – the teenager with the good voice and great personality. Quickly, in a matter of days, Carly went from zero to hero and became the biggest contender in the competition. Her consistently great performances, her vocal control, and prodigy-esque nature gave America something to root for. However, the flawless Carly does have a few problems. Several fans of the show have noted that Carly is theatrical at times and suffers from one-toned performances. This won’t sit well with independent voters – those voting blocs that lost their favorite and/or don’t vote according to a set favorite – and as we’ve been discussing almost all week, the independent voting blocs are the most important of all. These will make or break you.

Each act has a set amount of voters in their voting bloc that never really shifts in numbers. Yes, a voting bloc might lose a couple of hundred voters after a poor performance and vice versa, but this will not really make a difference to the whole picture. All three acts have made it to the finale due to “locked in” voting blocs – voters who haven’t shifted throughout the entire competition – but these “locked in” voting blocs won’t make a damned difference in the end; independent votes will.

Tate, on the other hand, has a massive fan base made up of the middle-aged demographic of country music lovers. If we take a look at the history of these shows, country usually does extremely well e.g. Scotty McReery, Lauren Alaina, and Carrie Underwood. That’s not to say that Tate will win the competition, but it is evident that Carly won’t take this title without one of the biggest fights in reality television talent show competitions. In the case of Tate, several fans have asserted that he just isn’t worthy of the $5 million prize and that his performances are both monotonous and robotic.

Both of them have flaws and both of them are in the lead to take the title. Therefore we decided to run an official pre-winner poll on Celeb Dirty Laundry in order for us to look at the cold, hard statistics and give you a better idea in the upcoming days of who might win X-Factor USA. Don’t forget to let us know in the comments what you think about the finale and who you think will win the competition. Vote, vote, vote America and let us know!

Remember to bookmark Celeb Dirty Laundry for all of your X-Factor finale week needs! We tune in so you don’t have to tune out!