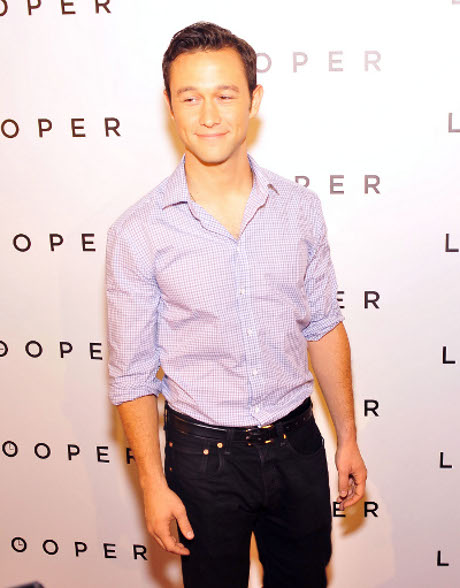 Joseph Gordon-Levitt has been up in Canada at the Toronto International Film Festival promoting his upcoming release, Looper, costarring Bruce Willis and Emily Blunt. It seems, even though The Dark Knight Rises was released during the summer, people are still talking about it and asking a lot of questions — so much was left up in the air with that ending! And JGL was happy to continue talking about it. Behind closed doors, though, I wonder what he really thinks about this belabored subject.

When JGL was asked by MTV about taking over as Batman in the new Justice League movie he responded in a very cryptic, Batmanish way with, “It all depends, I always pick projects that I want to be involved in for the same reasons. Is the script really good? Is the filmmaker a really inspired artist that I feel connected to? That’s what I always pay attention to.”

With that information we can assume that an awesome director and storyline would be the only way JGL would sign on to do this film. From what we know about Christopher Nolan saying that was the last Batman film and the story wasn’t a “to be continued” storyline one can only hope that they will incorporate JGL’s character into a Justice League movie. It is unclear how Warner Brothers would team up all the superheroes though, and since nothing is yet set in stone (a rumored release of 2015) they seem to have a little bit of time to think up something awesome.

I’ll be the first to admit, I tend to see most any movie that has JGL in it (which included GI Joe). However, if JGL’s character from Batman is actually going to be next Batman and not Robin, well that seems a little ridiculous to me. I can’t imagine a Justice League movie where he plays a different character then what people originally saw in The Dark Knight Rises. However, regardless if JGL signs on or not, I’ll end up going to my overpriced theater to catch a screening.