Will Lea Michele Return To Glee? We Have The Answer! 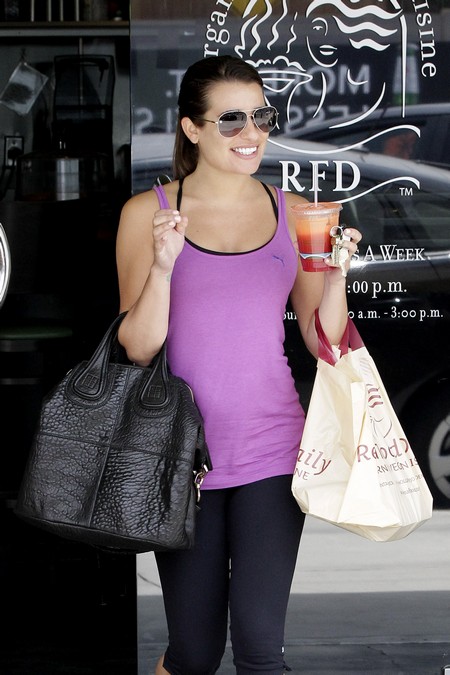 Glee’s graduation episode (the finale of season 3) sent many a Gleek to run and hide under their covers with sadness. Gleeks had so many burning questions, will Rachel (Lea Michele) return? Don’t fret anymore Gleeks! We have the answers to your questions.

The finale saw Finchel (Rachel and Finn) parting ways before Rachel left to New York in an extremely hysterical and teary goodbye. Almost the entire cast waited at the train station, to bid our beloved Rachel adieu. Was this the last of Rachel? Will she go bye-bye until a fifth or maybe sixth season?

Who is staying? Who is going? The characters below have so far been confirmed to stay, contrary to tweets and hysterics:  Finn, Kurt, Mercedes, Quinn, Rory, Britney, Santana, Sam and Blaine. What about Rachel…?

Fox Executive Kevin Reilly told reporters that “the show will be a show in a show”. Wait, repeat that? What Inception mumbo jumbo is that? Well, the characters in New York will still be shown to audiences and their life stories will continue. Ohio will change up somewhat too, with fresh faces joining the Ohio characters. This makes us more excited than a Twi-heart at a Twilight meet and greet!

We all remember how awesome the New York finale was at the end of season 2, so it seems the Glee creators are taking the show to the most loved city in the world. There were rumours of a spin-off, but now it seems that the New York characters will be seamlessly integrated into the original Ohio setting.

What about Rachel? We need to know!

Rachel will continue in the show, as she has been the headlining actor ever since the beginning of the series. She won acceptance to NYADA, so it would be very unwise of the creators to write her out of the story.

In other news, the outspoken, ultra conservative Glenn Beck of Fox News fame said that he will be launching his own anti-Glee television show, focused on conservative values. WTF? This former alcoholic has gone cray-cray again. In his words,”[The characters of] Glee are [people] that your kids want to be like, except everybody is sleeping with everybody else. There’s no values. It’s all self-gratification. It’s a nightmare.” Yes, Glenn, tell that to the millions of super Gleeks the world over.

Excited for season 4 CDL’ers? We are too! Do you think Glee might have “jumped the shark” with its’ move to NYC? Are you still watching Glee? Let us know in the comments below.