Will Robert Pattinson Accompany Kristen Stewart To Cannes This Year 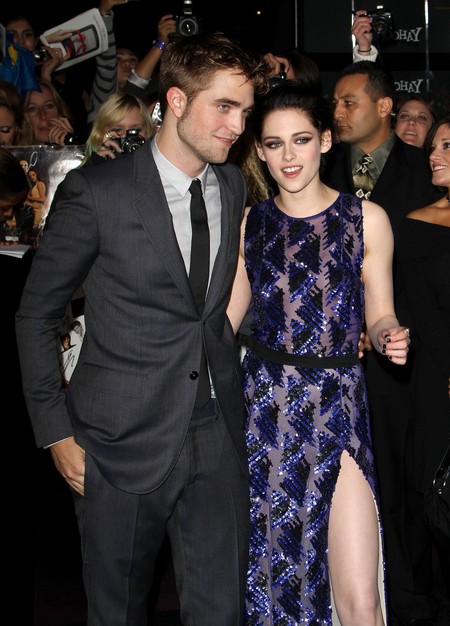 Kristen Stewart will definitely be attending the Cannes Film Festival this year since she has a starring role in ‘On The Road.’  But will Robert Pattinson accompany his girlfriend – will he be allowed to?  The choice is not Rob’s to make!

After all, these two have a contract that stipulates that they can only attend red carpet events together if these events pertain directly to the Twilight franchise.  What a bad joke!  And to think that readers scoff when I suggest that Rob and Kristen’s affair is merely a showmance that will end abruptly as soon as Twilight Corp permits.

The big screen adaptation of Jack Kerouac’s seminal beatnik era novel stars Kristen and Sam Riley and is set to premiere at the Cannes where it will compete for the prestigious Palme d’Or award.  The irony of Kristen starring in ‘On The Road’ is not lost on those of us who have actually read the novel…

You see if the film were an accurate adaptation of the book then there would be no starring role for a female. But this is Hollywood where Joan of Arc might be played by Justin Bieber and Attila The Hun by Kim Kardashian – whatever sells.

The 65th annual festival runs from May 16 to 27 and Rob is starring in Cosmopolis which is also premiering there.  Perhaps this adaptation of a Don DeLillo novel will stick closer to the book – but I doubt it.  In any case – don’t expect to see the Twilight lovers together on the Cannes red carpet.