Will Shane Die on ‘The Walking Dead’? 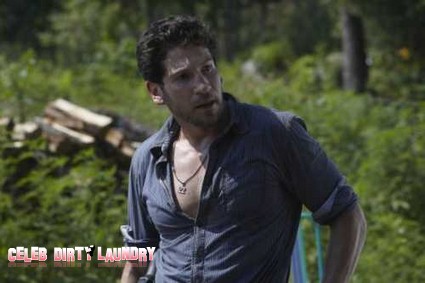 Former Executive Producer of ‘The Walking Dead’, Frank Darabont is getting prepared for a new show, and if the casting works out – it might be the end of Shane on ‘The Walking Dead’.  Darabont is in early production for a new crime based drama on TNT that’s called ‘L.A. Noir’.  This new show will be taking place in L.A. in the time period of the 1940’s, the new show is based off the book ‘L.A. Noir: The Struggle for the Soul of America’s Most Seductive City’, I feel like an idiot because I thought it might be based off the game ‘L.A. Noir’. The more you know!

The thing is, Jon Bernthal who plays Shane Walsh on ‘The Walking Dead’ may be getting a role in ‘L.A. Noir’ and it could be the lead role. If this happens I bet it’d be hard for Bernthal to find the time for both shows.  So what does that mean for Shane on ‘The Walking Dead’?  They’ll either have to have him leave the group or kill him off.

I’m really interested to see on how ‘The Walking Dead’  plans to get rid of his character – I’m personally hoping that he dies.  Not because I don’t like him but it’d be cool if they have him die in some sort of awesome way, like fending off a whole swarm of walkers by himself.  Getting rid of Shane on the show opens many possibilities.  What do you think?  Sound out in the comments below!

Have you been watching ‘The Walking Dead’? An all new episode, “Nebraska” airs on February 12th, check out the sneak peek below.