Will ‘True Blood’ Season 5 Be A Bloody Disappointment? (Video) 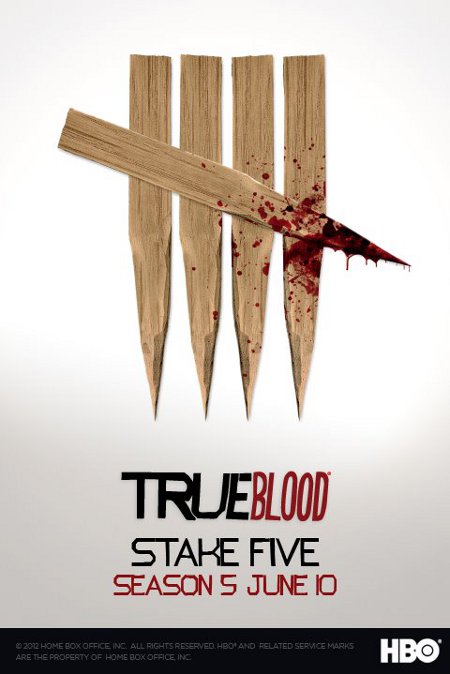 Will True Blood season 5 be a bloody disappointment? Tomorrow will bring us the debut of the much anticipated fifth season of True Blood, HBO‘s fangtastic supernatural drama that  centers around the paranormal lives of our favorite residents of Bon Temps. With the season about to push forward with full fangy force, we have to ask ourselves one question: Will this season of True Blood be just as good as the others, or will it be a bloody disappointment?

Many critics who have had the chance to review the first four episodes of the season (I, clearly, am not important enough for these fancy HBO advanced viewings) have stated that the story’s narrative structure has started to lack focus. Jace Lacob of The Sexy Beast states what many fans and critics have been noticing with the show for over the last couple of seasons: “The plot, which is based in part on Charlaine Harris’s novels, zigzags in so many different directions that it often seems as though there are no less than 10 separate television shows existing side by side within True Blood,” he writes.

“While the early seasons of the show wisely focused on a few main characters [. . .] the show’s success at creating vivid and engaging supporting characters has also been its downfall [. . .] Rather than allow these characters to exist on the periphery where they might thrive, Alan Ball and his writing staff have forced them front and center, which means that each season now needs to incorporate storylines for the entire cast, which now numbers in the several dozen.”

It’s quite easy to see where this might be a problem — after all, too many characters who are faced with too many conflicts/tensions/interactions can, very quickly, begin to lose focus . . . and so, too, can the viewers who’ve supported them on their journeys all along. However, that aside, I feel as if this is what the show is trying to do. By bringing so many different characters onto center stage, we not only see the drama of these character’s lives, but we also get a sense of this chaotic world within which all these characters are desperately trying to survive. The story has evolved into one of chaos, one that illustrates an interwoven set of lives, all of which are bound and influenced by the magic of this crazy world.

Do you think the creators of the show are getting too ambitious with their storylines? Do you miss the days when the show’s primary emphasis was placed on Sookie, Bill, and Eric, where all the other characters were allowed to roam and play on the sidelines? We’re definitely excited to see how this season plays out! In the meantime, make sure to check out our True Blood section — and don’t forget to visit throughout the season to get recaps, reviews, and delicious spoilers!

P.S. I just had a vision. Here’s what I think is going to happen to Tara this season: I think she will die, but I think she will become a ghost and start haunting/being seen by her cousin, Lafayette, who we know from past seasons is able to communicate with the dead. Disclaimer: this comes from Nick’s brain only . . . no sources have been able to confirm my suspicions :)

What are you most excited for this season? Let us know in the comments section below! Before you leave, check out this fab spoiler video, which contains behind-the-scenes juiciness!