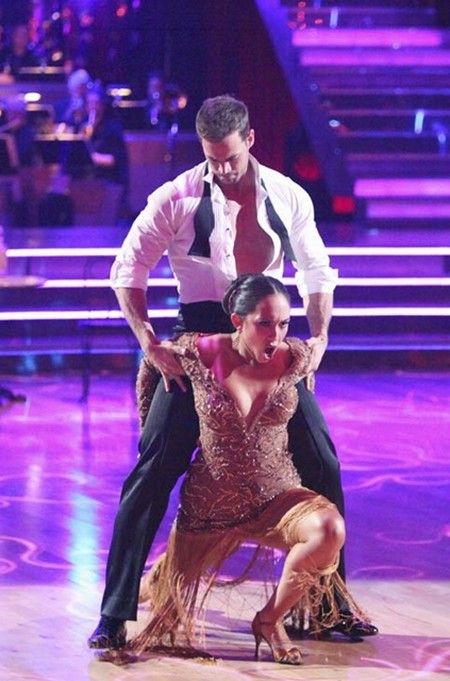 ROUND 2 – William Levy danced the Samba tonight for his second dance as Dancing With The Stars continued with its ninth episode.  The competition is really heating up as the contestants dance for their last chance to get into the finals.  The remaining four couples hit the ballroom tonight with two rounds of competitive dance performances, a Ballroom dance and a Latin dance.  We recapped the tonight’s show for you and if you want to see how all the couples did go HERE!  Did you see William’s performance last week if you missed it you can see it here!

William Levy and professional dancer Cheryl Burke, dancing the Samba.  William let fans know how he was doing on this week’s dances.  “The samba it’s getting better and Tango too… I think will be in shape for Monday. We are rehearsing like crazy,” Levy told fans.

Judges Comments: Bruno:  You set the place on fire. I’m going to die, I have never seen so much bum action in my life. Fantastic!  Carrie Ann:  You came out and showed it. You lived up to every expectation. You wiggle transformed into a thrust which lifted the dance  to a new level. Frickin amazing! Len: I never looked at a man’s bum for so long.Lots of basic steps and rhythm you brought it was just fantastic!