William Levy Was Accused Of A Sex Crime

BY Sean O'Brien on April 5, 2012 | Comments: one comment
Related : Dancing With the stars, Dancing With The Stars Season 14, Reality TV, William Levy 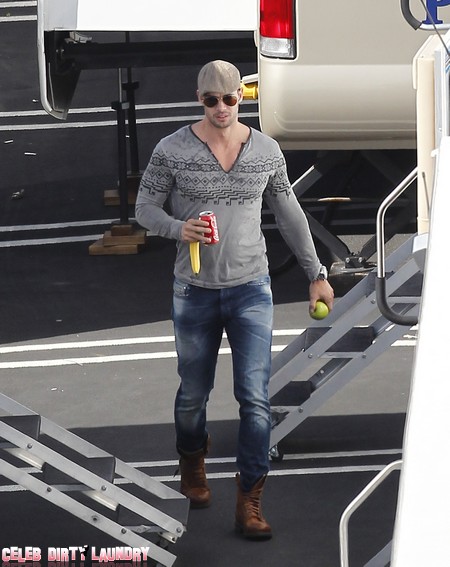 Dancing With The Stars’ hot stud William Levy, known as ‘the Latin Brad Pitt,’ was accused by a 17-year of sexual battery and false imprisonment.  Karla Alvarez sued Levy for $2.5 million in damages after she claimed that she was lured to Levy’s hotel room as she attempted to get his autograph.  She claims that she was subsequently raped… and given an STD!

William told People mag that he didn’t like to talk about his private life… and now we know why.

He said in the interview: “I just don’t like talking about my private life, I like to share things with people, but not everything, you know?”

These amazing revelations about this season’s hottest DWTS property are detailed in the April 9th Print Edition of In Touch:

When Spanish –Language soap opera star William Levy debuted on DWTS, his sexy moves sent everyone – audience and judges – into a tizzy.  “Ladies and gentlemen,” Bruno Tonioli yelled, “Dancing With The Stars presents the hottest package of the season!”

But what many fans don’t know is that his personal life has, at times, seemed like something out of one of his telenovelas: In July 2010, a then-17- year-old named Karla Alvarez sued William for sexual battery and false imprisonment and sought $2.5 million in damages.

In court documents, Karla claimed she was lured to William’s hotel room in an attempt to get his autograph, and she alleged he forced her to perform sexual acts and gave her an STD.

Levy denied the allegations.  A police officer familiar with the case, Sgt. Tom Lorenz, tells In Touch, ‘The allegations were never proven and no charges were filed.’

Instead, William, 31, hit Karla with a $10 million countersuit arguing she was lying ‘to blackmail/extort him into a settlement.’

Williams was cleared of any wrongdoing but he must still hope it won’t cost him his shot at American stardom!

Who can be certain when it comes to ‘he said, she said’ stories?  Why did Levy have a 17-year-old fan in his hotel room?  Couldn’t he have signed the autograph OUTSIDE of the room?  Or was Karla just looking for a payday?  What do you think?  Let us know in the comments below.